Yesterday afternoon I spent a couple hours sitting on the stage at the high school graduation ceremony for the Academy For Software Engineering.

This evening I will spend another couple hours sitting on the stage at the high school graduation ceremony for the Bronx Academy For Software Engineering.

Both yesterday and today are busy days with lots of work obligations, board meetings, decisions, and family time.

But these four hours are the most important hours I will spend this week.

About two hundred young adults will graduate from these two NYC public high schools over this two day period.

These are young adults who made the decision four years ago to take a risk on two brand new high schools with no track record and no reputation.

But this week they are walking off the stage with a high school diploma and a set of skills in extremely high demand in today’s economy.

They also know how to talk to machines, tell them what to do, and make them work for them.

I am proud of these roughly two hundred young adults and I am pleased to bear witness to their accomplishments and the very bright futures that they all have in front of them. 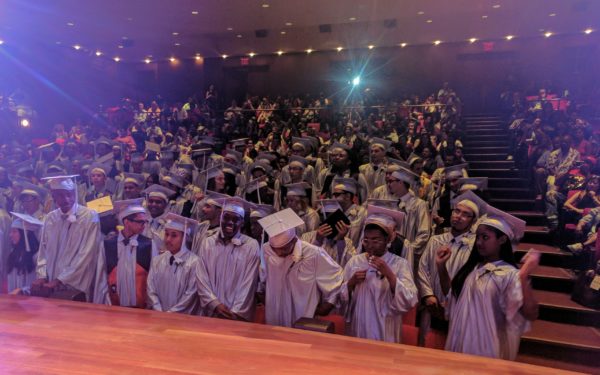