The Gotham Gal and I have been coming to Paris for close to thirty years. We started coming with our family a little more than fifteen years ago and spent one summer here as a family about ten years ago. We bought an apartment here around five years ago and we try to be here two to four weeks a year. Needless to say, we love Paris.

We have been in Paris three times in the past month and just arrived back yesterday. Every time I arrive here I marvel at the beauty of the city. It’s not just the architecture and scale (no skyscrapers) and light, all of which contribute to the beauty of Paris, it is the people, the stores, the sidewalk cafes, the parks, and much more. I have been to hundreds of cities around the world and I have never been to a city as beautiful as Paris.

I have noticed a lot of changes in Paris over the years we have been coming. The Parisians are much more tolerant of English and English speakers these days. Their English is generally better than my French.

Paris has always had great transportation with it’s amazing Metro system, and the best thing to do in Paris is walk, but Velib and a host of ride sharing apps have made getting around even eaiser.

Paris continues to reinvent itself. There are new neighborhoods to explore, new shops to buy from, and new restaurants that continue to push the cuisine forward. That is not true of many cities in Europe these days and is a testament to the city and its citizens.

The new French leader Emmanuel Macron wants France to act like a startup. From what I see in Paris these days, that is already happening although leadership at the top can and will certainly help.

And speaking of startups, there are plenty of good ones in France and specifically in Paris. We have one of them, LaRuche, in our portfolio and I know of many great entrepreneurs, startups, and VCs in Paris.

I also know of a few big tech companies in the Bay Area that are eyeing Paris for a remote engineering location. The French have a great education system and produce a lot of engineers. It makes a lot of sense that companies looking to access new talent pools would come here.

There are, of course, challenges doing business in France. It’s hard to rapidly scale up and down your workforces here. The labor laws are challenging for high growth volatile companies to deal with. And it’s too complicated to conclude financings quickly in France (and Germany and other European countries). Macron and his team would be wise to move these laws closer to the US model.

But all in all, Paris is a thriving, bustling, innovative place that is lovely to be in and I am very bullish on it and the new French leadership.

Here’s a photo I took on our walk home from dinner last night along the river that captures what a lovely place Paris is. 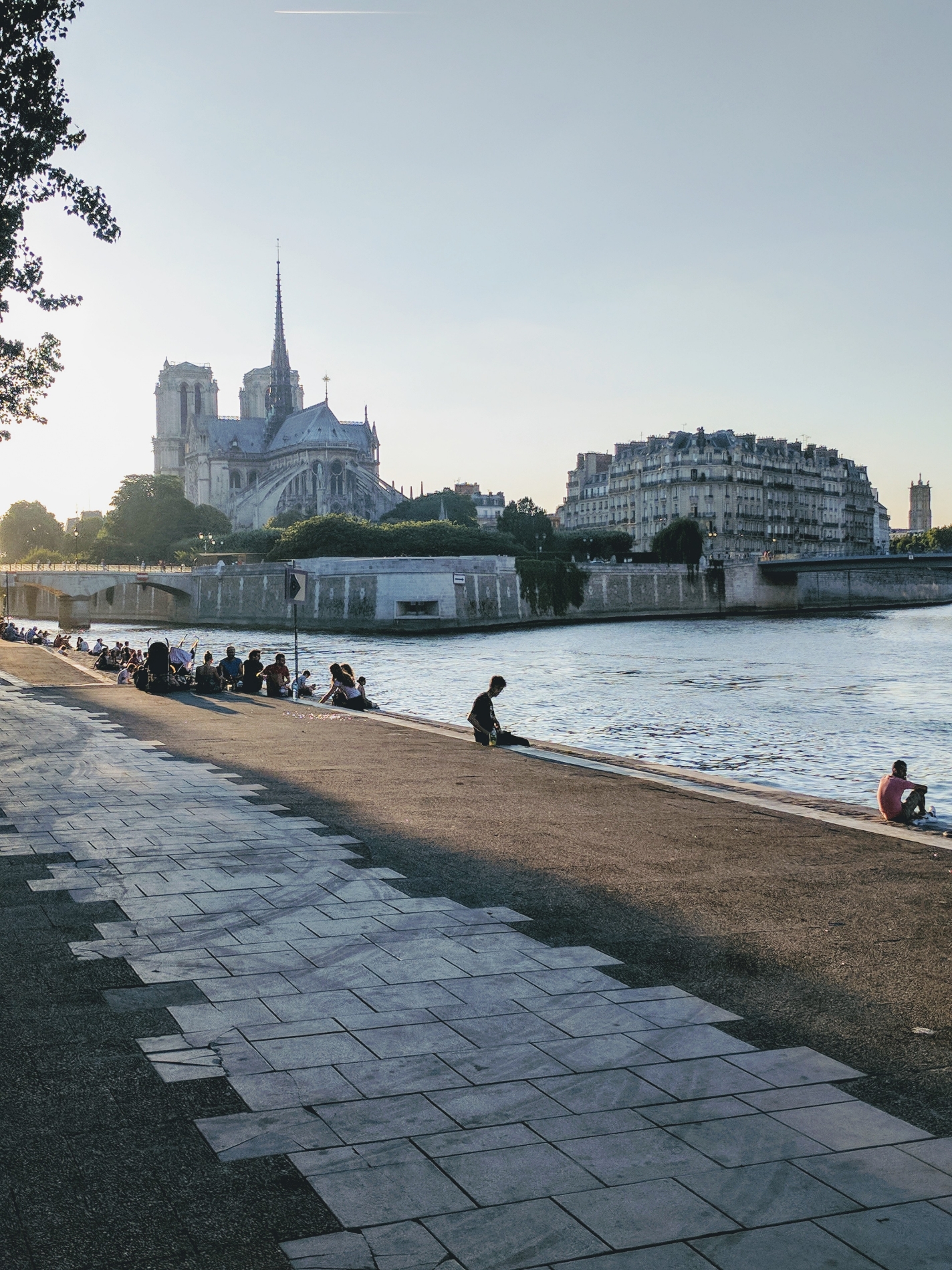