The reality is great highs, terrible lows and unrelenting stress. Don’t think people want to hear about the last two.

What he describes in that tweet is the life of an entrepreneur. And also, to some extent, the life of a VC who cares.

The unrelenting stress is the hardest of the three in my opinion.

Stress is part of life, we all have it.

Managing that so that it doesn’t eat you up and mess up your relationships is super hard.

Some things that I have seen work well for people are regular (daily?) workouts, eating and drinking healthy, having a coach, and most of all, having a spouse who keeps it all in check.

There is no better work, from where I sit, but it comes at a cost, particularly if you let it.

I could buy Ethereum Classic but I have not been interested in doing that as of yet. That may change.

Next week Bitcoin will fork. If you hold your Bitcoin directly, you will get Bitcoin Cash, the fork of Bitcoin, in addition to your Bitcoin.

If you hold Bitcoin at a hosted wallet or exchange that will not support the fork, like our portfolio company Coinbase, you will not get Bitcoin Cash.

I am going to keep my Bitcoin at Coinbase and pass on the opportunity to get some free Bitcoin Cash.

If, over time, Bitcoin Cash becomes interesting, I could buy some and maybe I will do that. Like I might buy some Ethereum Classic.

Yes, passing on the opportunity to get some free crypto is a missed opportunity.

Forks are a pain for the companies that provide the infrastructure for these crypto assets. Forks introduce instability for a period and the Ethereum fork last year is a good example of what can happen.

But all in all, I think forks are a feature not a bug in the blockchain sector. There is more good that comes from them than bad.

Video Of The Week: Shipping As A Competitive Advantage

Our portfolio company Shippo is helping ecommerce companies compete with Amazon by making shipping easier and less expensive to offer.

In this short(ish) video, Shippo’s founder and CEO, Laura Behrens Wu explains how they do that and why it is so important.

This is so cool. I just backed it.

We encourage all of our portfolio companies to measure their churn rates by cohort. It is very revealing.

I saw this tweet by Liad this morning that shows startup churn by cohort.

No Cake Walk.
Not for Entrepreneurs.
Nor for Investors. pic.twitter.com/pRCLD3dfRy

I don’t know the source, but the data is sobering.

But, as Liad says in his tweet, startups are no cake walk.

The SEC Speaks On Tokens

Yesterday the SEC issued a report of investigation finding that DAO Tokens are securities under U.S. law. This report sent shock waves across the crypto sector leading to roughly 10% declines in the major cryptocurrencies. I must have received a dozen or more emails from people saying that “ICOs are over.”

I don’t think ICOs are over. I think regulatory clarity is going to be good for the crypto sector long term and while this report does not give us total regulatory clarity, it does give us some very valuable insights into what the SEC is thinking about tokens.

Specifically, we now know that:

We likely know a lot more regarding jurisdictional issues and what the SEC is going to regulate and what they are not. But I will leave it to the lawyers and other SEC watchers to weigh in on that. I am not a professional and don’t want to pretend to be.

At USV, we have been urging our portfolio companies and others in the crypto sector to get good legal advice before embarking on an ICO, investing in ICOs, and more. That legal advice, given as far back as several years ago, more or less anticipated much of what was in this report.

You could see this coming if you did your homework. None of this is surprising to me and to most of the folks in the crypto sector who have sought legal counsel on these matters.

In fact, if you look at all of the regulatory actions that have been taken in the US over the life of cryptocurrencies, you will see that it has mostly been straightforward application of existing laws, on AML, KYC, taxes, securities, etc. Almost all of this could be, and in many cases, was anticipated by those who took the time to consider what the regulators might do and would do.

None of this means that the crypto sector in the US (or elsewhere) won’t be harmed by bad regulations. That has always been a big risk to the sector and remains one. Regulators must be careful to “do no harm”, here in the US and elsewhere. To date, I would say they have done a good job on that. I encourage them to continue that track record.

But mostly I would encourage all entrepreneurs, investors, and others who are actively participating in the crypto sector to get good legal advice before doing anything significant. The regulators are watching. Closely. So know the rules and play by them. 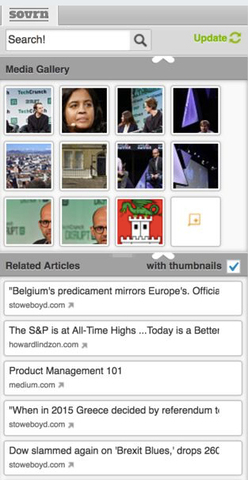 Our portfolio company Disqus, the company that makes the comment system we use here at AVC, released a new feature last week.

For those of you who use the Disqus comment system on their blogs and/or publications, here is a knowledge base post detailing how to use this new feature and containing some advice on how to set a comment policy.

As always, we encourage comments here at AVC. But please be nice or leave. It makes everything so much better.

I posted last week about the debate between the SegWit2x Bitcoin update and the threat of a soft fork.

Since then a number of important things have happened.

BIP91 locked in on Thursday and and yesterday BIP91 enforcement was activated.

That means that SegWit is now active on the Bitcoin network.

This is a big deal because the most contentious protocol change in the history of Bitcoin, the introduction of SegWit, has finally happened.

The SegWit2x road map is not complete yet, as the next step will be to introduce a block size increase.

Jeff Garzik, who has been leading the SegWit2x implementation, has a good interview up on Coindesk explaining all of this and more.

Bitcoin has a lot of great things about it. As Jeff says in the interview, it is by far the most secure blockchain. But it’s developer community has had a hard time finding consensus and moving forward together.

SegWit2x is an opportunity for that to change. And I am encouraged by that.

Video Of The Week: Mesh Networking For Wireless Connectivity

Daniela Perdomo, founder and CEO of our portfolio company goTenna recently gave a talk at the New York Times about how mesh networking can improve wireless connectivity in urban environments.

It’s a short talk (~7 mins) and explains how mesh networking technologies can (and will) solve urban wireless connectivity issues in the coming years.

Also, goTenna launched a map of its mesh network yesterday. Here is what it looks like as of today: