Long time VC watcher, writer, and analyst Dan Primack suggested on Friday that the days of VCs trying to out “founder friendly” each other are now over. 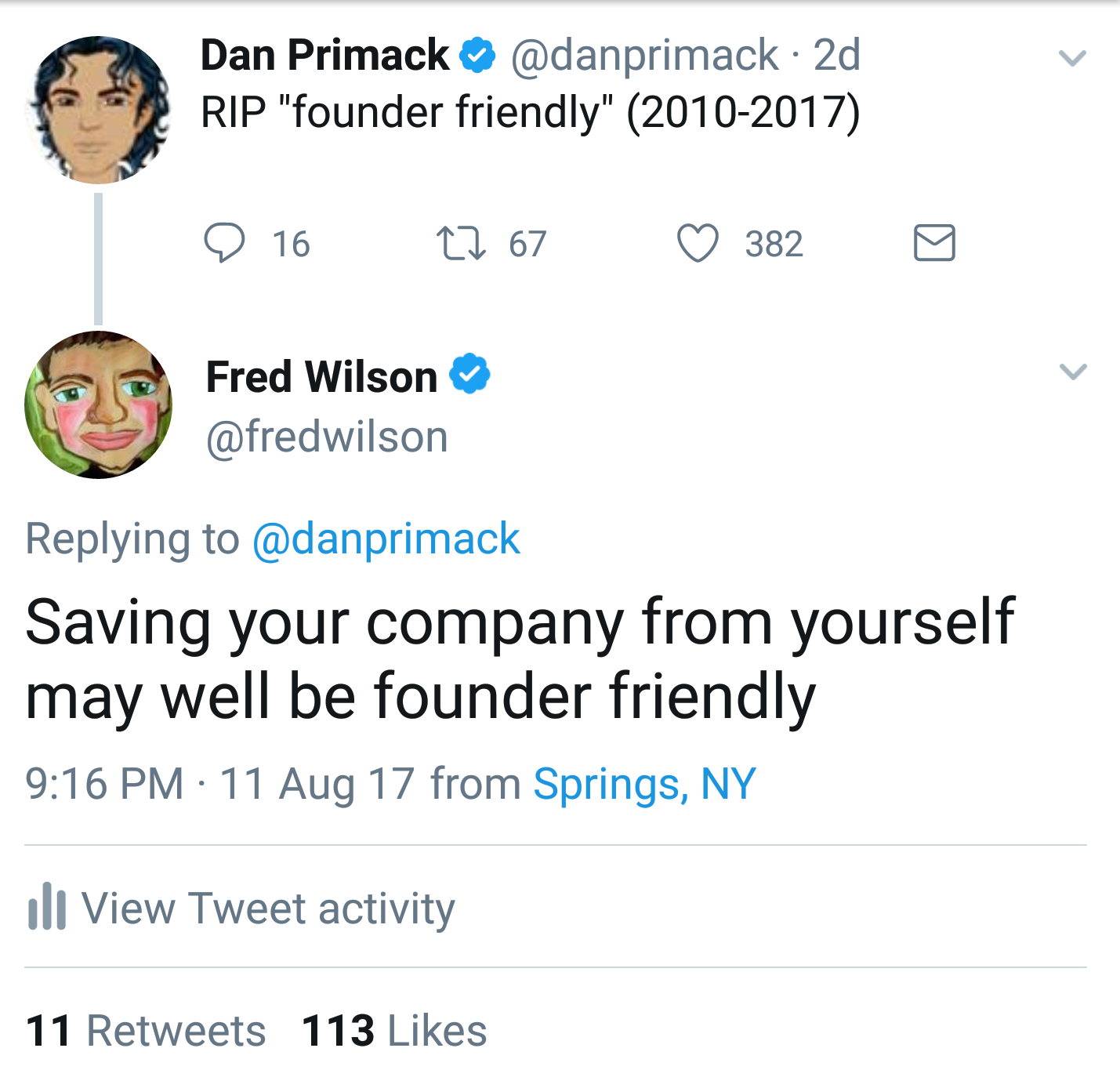 It is an interesting observation and was worthy of a reply. The VC industry is highly competitive for the best opportunities and we certainly do try to ingratiate ourselves and our firms to the entrepreneurs who will decide who gets to invest in their companies and who does not. Being “founder friendly” is an important way to do that.

But there is another important participant in the VC/entrepreneur relationship and that is the Company the entrepreneur creates and all of its stakeholders; the employees, the customers, the suppliers, and even the community around the Company.

Having worked with entrepreneurs for over thirty years now, I have developed tremendous admiration for what they do and for the Companies they create. Entrepreneurs are a very special breed of people.

But there are times when interests diverge and what is best for the Company and it’s stakeholders may not be what an entrepreneur perceives to be in their own best interest. This creates a conflict situation and VCs are often caught in the middle of it.

I’ve been there many times and my mantra in those moments is “what is best for the Company?”. It has to be that way and, many times, when it is all over and done, the founder realized it was in fact best for them too.

Of course, reasonable people will disagree about what is best for a Company. That is what Boards are for. They are the bodies made up of reasonable people who can and should debate these issues and find resolution and make the hard decisions.

I reject the notion that being led by its founder is always what is best for a Company. It is often so, but certainly not always so.

Orthodoxy in thinking and believing is quite troublesome. There is no one way to do things and no single truth. You have to figure things out all the time based on facts and circumstances, based on a combination of experience and knowledge. If you do that well, you will get a lot right but never everything right.

I have heard from quite a few founders that they read the book Hatching Twitter and came away thinking that they would not want to work with me. That sucks for me but I don’t regret anything I did or said in the events that were described in that book.

You must try to make the right decisions for what is best for the Company and if that means being labeled unfriendly to founders, so be it.