I took a ferry up the East River yesterday evening to attend a dinner celebrating the official opening of Cornell Tech which happens this morning. 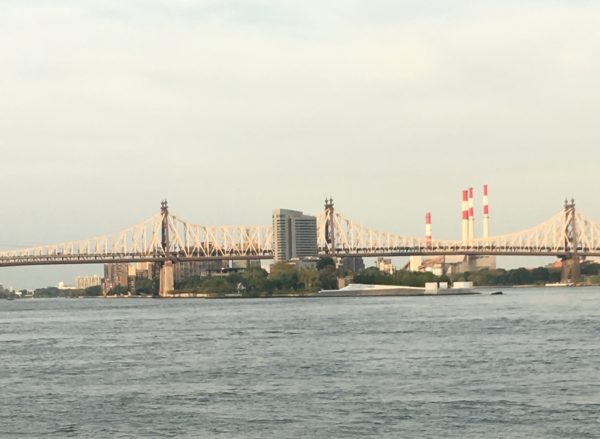 Situated on Roosevelt Island, underneath the Queensboro Bridge, Cornell Tech is a graduate school of engineering and business that is focused on the technologies and industries of the 21st Century. While the campus is officially opening today, Cornell Tech has been operating as a graduate school for something like four or five years now, in the Google building in Chelsea.

It is the result of an RFP process that Mike Bloomberg’s administration put out seeking a new school of engineering in NYC.

Last night the former mayor spoke about all of that and reminded us, as he always does, why NYC is the greatest place in the world. 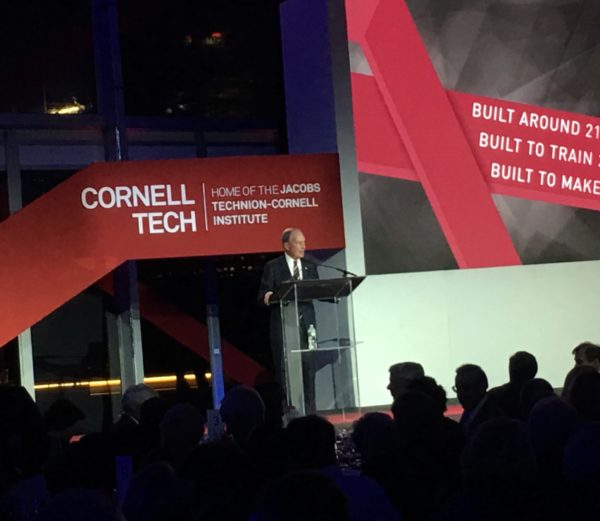 With the opening of Cornell Tech, the city continues to feel the impact of Mike’s twelve years of leadership.

He put NYC on solid footing and helped to point it in the right direction. We are all grateful for that.

Speaking of leadership, Cornell Tech is led by Dean Dan Huttenlocher. Dan is a fantastic technologist, educator, and community member.

Dan’s leadership in the NYC tech community has already been felt and as he said last night, “the best is yet to come.”

The synergies between engineering schools and technology communities are well understood and well documented.

NYC has some great engineering schools, like NYU’s Tandon where I am on the Board, Columbia’s School Of Engineering, and at the various CUNY schools. The addition of a world class institution like Cornell Tech will only make things better. It ups the competition between these schools for students, faculty, and research grants. And that makes everyone better.

Today is a big day for the NYC tech community. We welcome the Cornell Tech campus to NYC and celebrate all the good things that will come of this. And I am certain that there will be many.