Back in 2011, my partner Brad suggested that USV invest in a search engine called DuckDuckGo.

I laughed at the idea, “why would we ever want to compete with Google?”

“Because they do something Google will never do”, Brad explained.

That thing was private search, no storage of search history, no storing of personal information.

DuckDuckGo was doing about 100,000 searches a day when we had that conversation.

Last week, they had a day in which over 20mm direct searches were done. 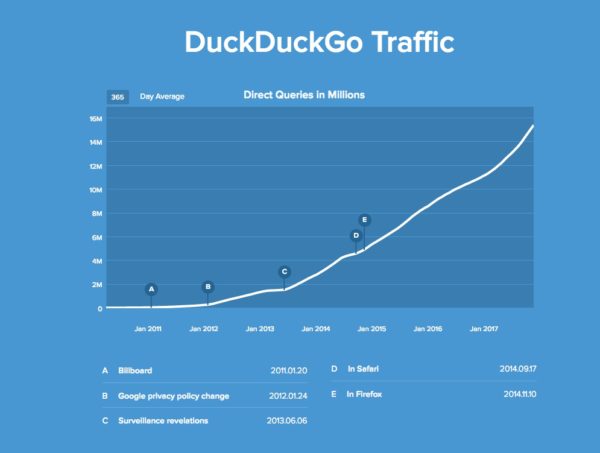 That’s 200x growth over the six plus years we have been invested in DuckDuckGo.

Brad was right, of course, and I saw that pretty quickly as did everyone else at USV and we made that investment.

And I’m very glad we did.

I suspect I’ve told this story a few times now at AVC.

I love it so much.