The Top Of The Funnel

And there are a lot of options out there for acquiring customers; direct sales, indirect sales, channel, search engine marketing, social media, email, display, etc, etc.

But the best option, if you can pull it off, is to own an organic customer acquisition channel that is large and that sustains itself.

At USV, we have investments in a bunch of companies that have very large organic and sustainable top of the funnel customer flows. Many of these companies use a number of customer acquisition techniques, but they start with the organic channel and optimize it with their product development efforts.

Here are a few examples:

Codecademy – Codecademy offers a number of subscription learning services to people who want to learn to code. But because it has been offering free curriculum for learning to code for six years now, it was the first organic result I got this morning when I typed “learn to code” into Google: 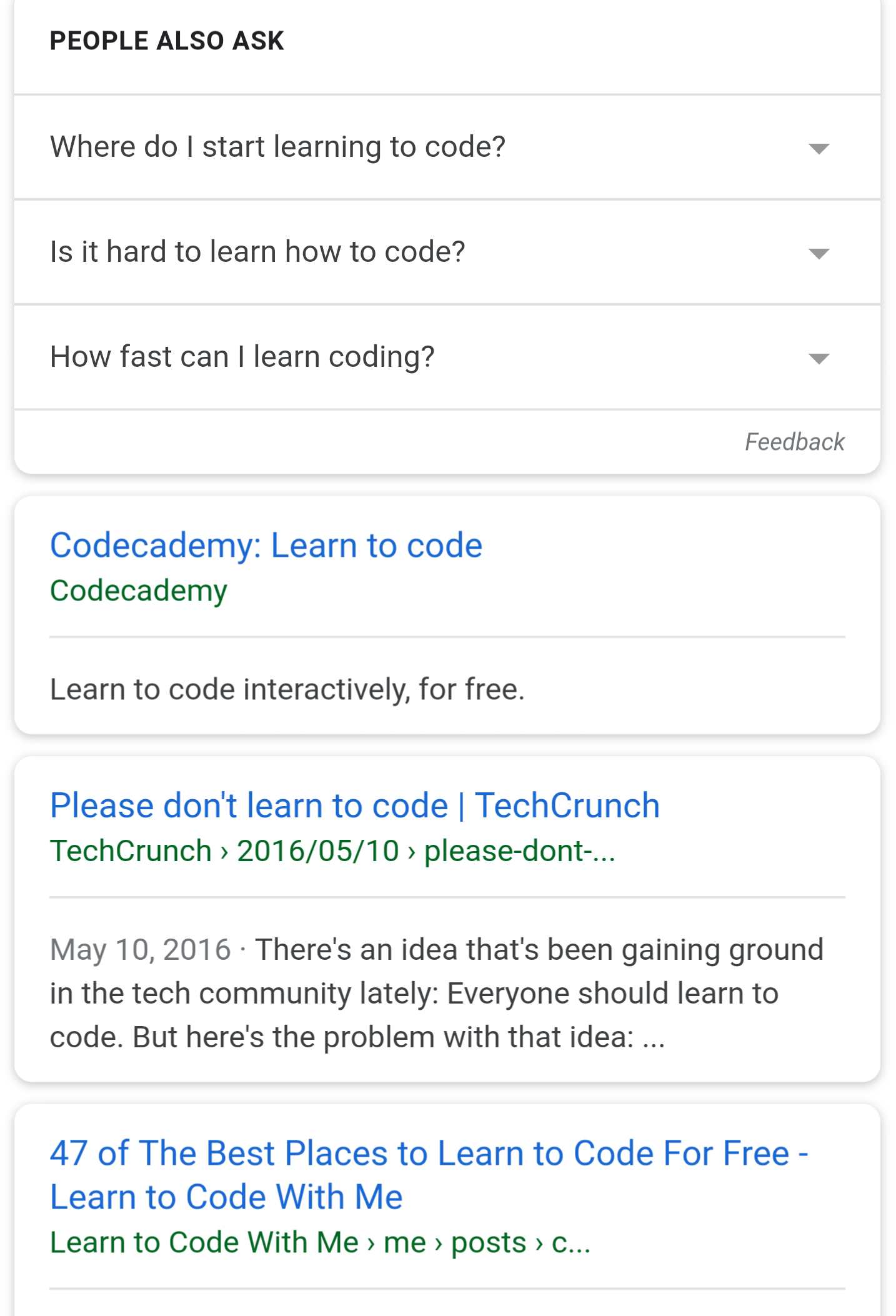 Quizlet – Quizlet offers over 200mm study sets on the web and mobile to people who want to study and master something. No matter what you want to learn, you can find a study set on Quizlet to learn it. Quizlet is the “Wikipedia of studying” and because these study sets are free on the web and mobile, they have a huge organic flow of new users every month. Quizlet offers two subscription offerings to students and one to teachers and this organic flow is the primary customer acquisition channel for these offerings.

SoundCloud – SoundCloud is the first place most musicians go to post their music on the Internet. There are upwards of 200mm tracks on SoundCloud, the vast majority of which are free for anyone to listen to. This content is a huge attraction for listeners on web and mobile. SoundCloud has three subscription offerings, two for listeners and one for creators. The organic channel is the primary acquisition mechanism for these subscription offerings.

Kickstarter – When a project creator launches a Kickstarter project, they share it with as many people as they can through email, social, blogging, etc. This brings millions of backers to Kickstarter every month. Most of those backers arrive to consider backing a specific project and move on. But enough of them stick around to see what else is going on that Kickstarter has been able to build a large and sustainable business without any need for paid marketing channels.

Etsy – Etsy is now a public company and is no longer a USV portfolio company but I am the Chairman and remain actively involved with Etsy. Etsy is similar to Kickstarter in that sellers who have shops on Etsy are actively promoting their shops through various channels. Most of the buyers who arrive on Etsy that way purchase from the seller who brought them but some stay and shop from other sellers too. Etsy explained in it’s IPO filing that the vast majority of it’s traffic was organic. That is slowly changing but in Etsy’s early years, all of the traffic was organic.

I could keep going but I think you get the point. One of the things I look for in an investment is a free and sustainable flow of customers. This big top of the funnel may not be the only way a management team will choose to build their business but it makes a great foundation to build on and the LTV/CAC is infinite.