Everywhere I look on the west side of Los Angeles, I see Bird Scooters.

These are electric scooters you can rent from your mobile phone. 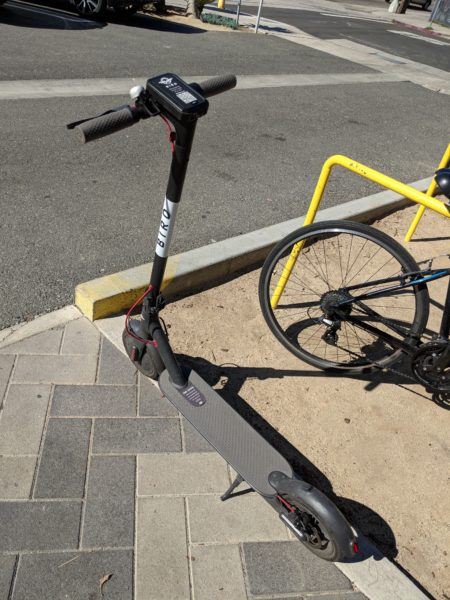 I finally got around to taking a ride on a Bird today.

After you download the app on your phone, you snap a picture of your credit card and your drivers license and sign a waiver, all on your phone, and you are good to go.

Then the app shows you where there are available Birds near you. That looks like this. 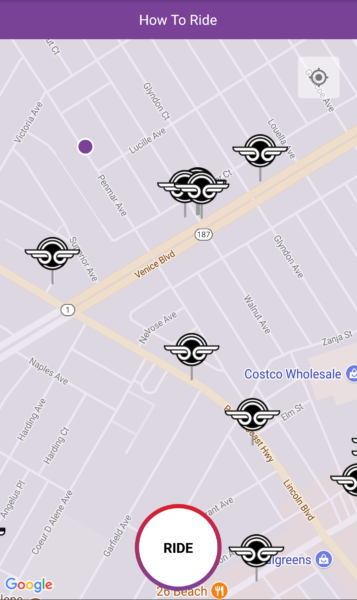 When you click the Ride button, the app asks you to scan the Bird’s QR code, which looks like this: 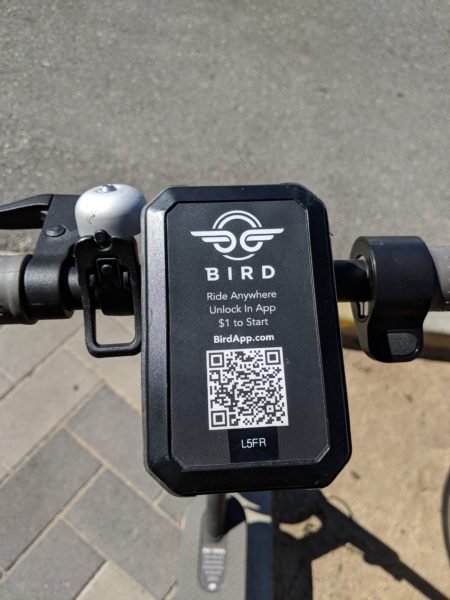 And then off you go.

My friend David snapped these photos of me arriving for our meeting. 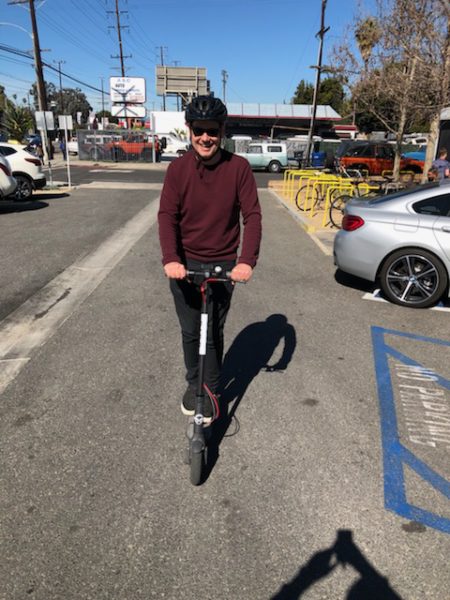 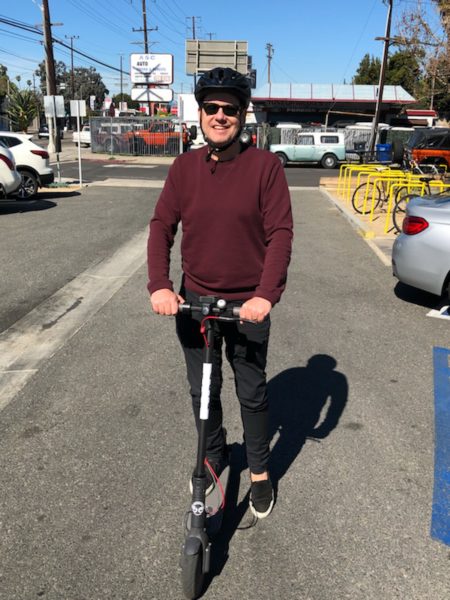 It was a lot of fun.

I plan to ride them a bunch more while we are in LA this month.