Every year our portfolio company Stack Overflow surveys its developer community and publishes the results.

This year Stack had over 100,000 respondents to its survey from all over the world, making this survey possibly the most comprehensive view of the global software developer community. 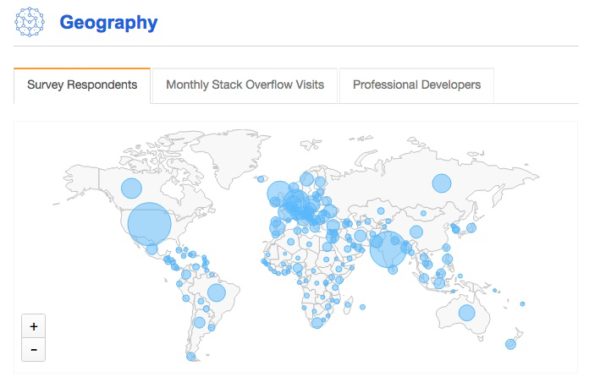 There is a ton of data here. It’s a 30 minute survey. You can see the results here.

But since many of you won’t click that link, here are some highlights from it:

First, we know that software engineering is a largely white male profession. The data shows that: 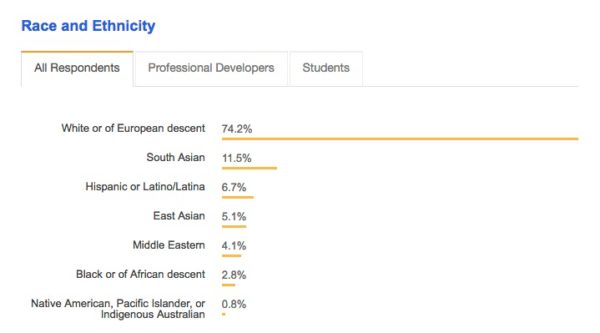 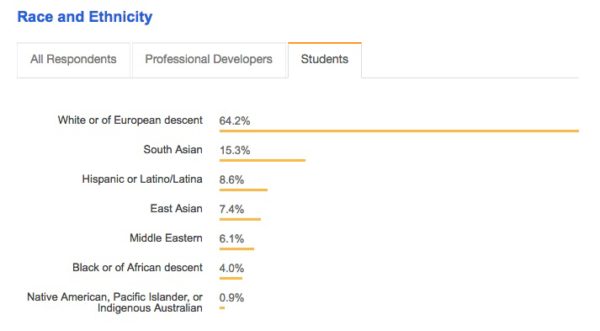 I found the technology questions interesting.

Javascript is by far the most common programming language. 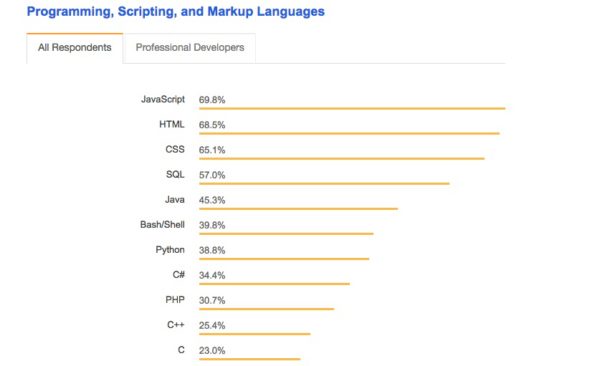 But Python is the most “wanted” programming language. And Go and Kotlin are rising fast. 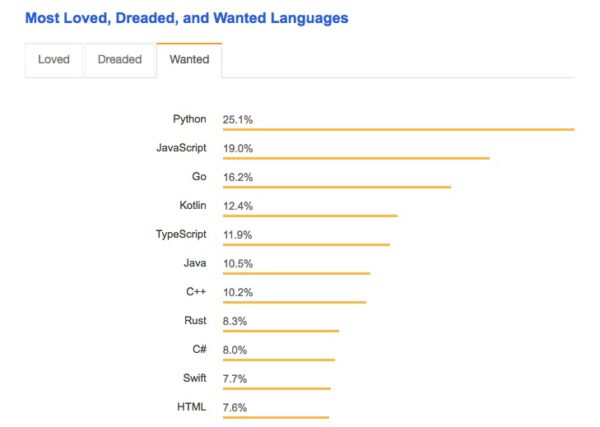 Some great news for our portfolio company MongoDB in this survey. Mongo was the most popular non-SQL database and was the most wanted database of them all. 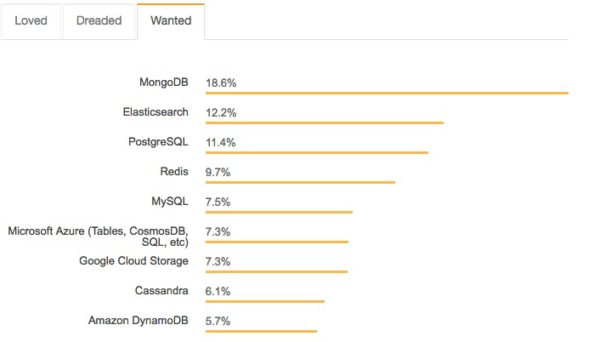 Finally, some data on how important Stack Overflow is in these developers’ work:

Any service where 2/3 of its users visit daily is a big deal. And for developers, Stack is very much that.