For much of yesterday if you came to AVC, you were greeted with this message: 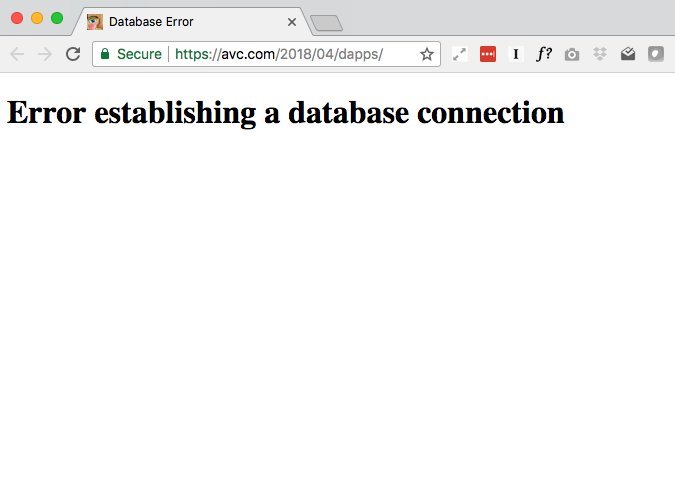 Long time AVC readers have seen this before and it is a sign that something is awry on the shared server that I run WordPress on at Bluehost.

A number of regular readers reached out offering to help me move to a static platform and I will likely take them up on that.

Until then I can only apologize for the availability issues yesterday.