When I was a kid, two of my favorite cartoons were from Hanna-Barbera; The Flintsones and The Jetsons.

I particularly loved The Jetsons.

the Jetsons live in a comical version of the future, with elaborate robotic contraptions, aliens, holograms, and whimsical inventions.[3][4] The original series comprised 24 episodes and aired on Sunday nights on ABC beginning September 23, 1962, with primetime reruns continuing through September 22, 1963

In the last few weeks, I have been feeling that we are heading into a future that looks quite similar to The Jetsons.

I got a deck last week for an eVOTL company (which is not something we would invest in at USV) and shared it with a few colleagues and said “The Jetsons”. 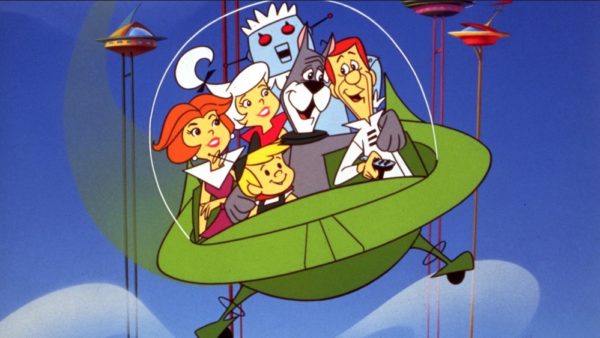 The Jetson’s family robot Rosie is way better than Alexa but maybe in a decade or so, Alexa will be able to do all that Rosie did for the Jetsons.

George Jetson works for a company that is similar in many ways to SpaceX.

George’s boss is a robot. Maybe we will all be experiencing that too in time.

Anyway, I am going to figure out how to go back and watch all of the 24 original episodes.

I think sci-fi is as good of a crystal ball as we have to see into the future and the writers at Hannah-Barbera did an amazing job of that back in the early 60s.