I’ve written about this Android feature before. I am a bit obsessed about it.

When you are in a place where music is playing, the Android operating system notifies you what is “now playing.” 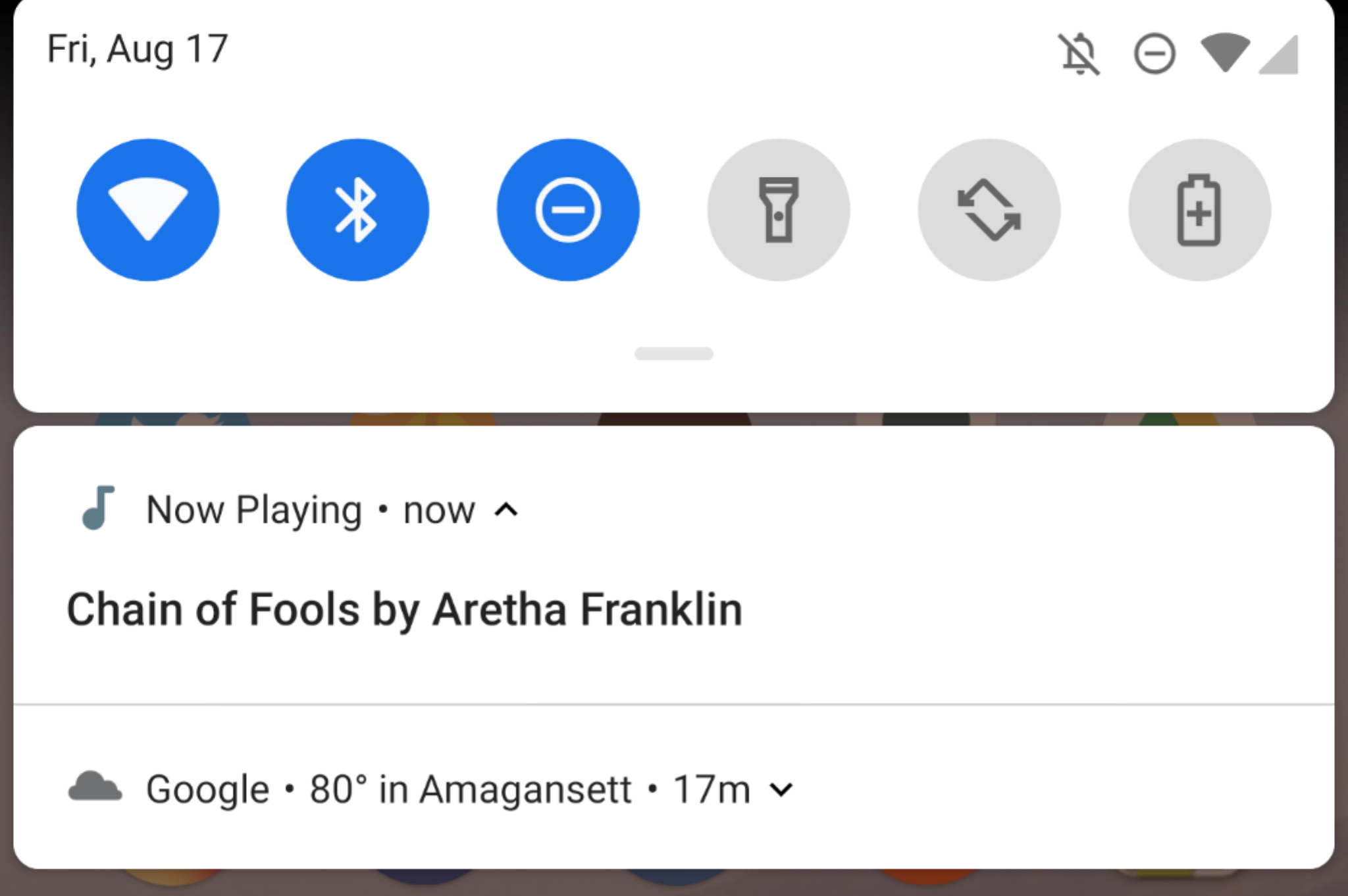 I have two things I would love to know how to do with this information.

1/ Access it via an API so I can favorite it in my preferred streaming service (which is SoundCloud but Spotify and Apple Music would be great too).

2/ See the history someplace on the web so I can search it by time, place, artist, song, etc.

This is an example of where taking an app like Shazam or Soundhound and turning it into a feature in the operating system can open up a lot of potential additional functionality.