"If The Train Is Delayed, Find Another Way Home"

I worked for a man named Bliss McCrum (and his partner Milton Pappas) in my mid 20s. They taught me the venture capital business. They were in their 50s, around my age, at that time.

Bliss one time gave me this business travel advice. He said, if the train is delayed or stops at a station and can’t move, get off the train and find another way home. His experience told him that once delays start happening, they tend to get worse, and you are better served by ditching plan A and finding a plan B.

I have used that advice many times over the years, and while it is not perfect, it has been on point more often than off point.

Today I had a 6:30am flight to SFO from LAX. When I picked up my phone as I was leaving the house for the airport, I saw a text from Alaska Airlines that my flight had been cancelled and they were booking me on the next flight.

Bliss popped into my head and I thought, “I’m going to get to LAX and get on the 7am flight that I usually take.” I had wanted to get to SF super early today so I booked the first flight out of LAX to SFO instead of my usual 7am flight.

Once I got to LAX, I was able to get onto the 7am flight, and then headed to the gate where my new flight was leaving from. That required getting on a bus and heading to a new terminal. This is what the guts of LAX look like at 6am. 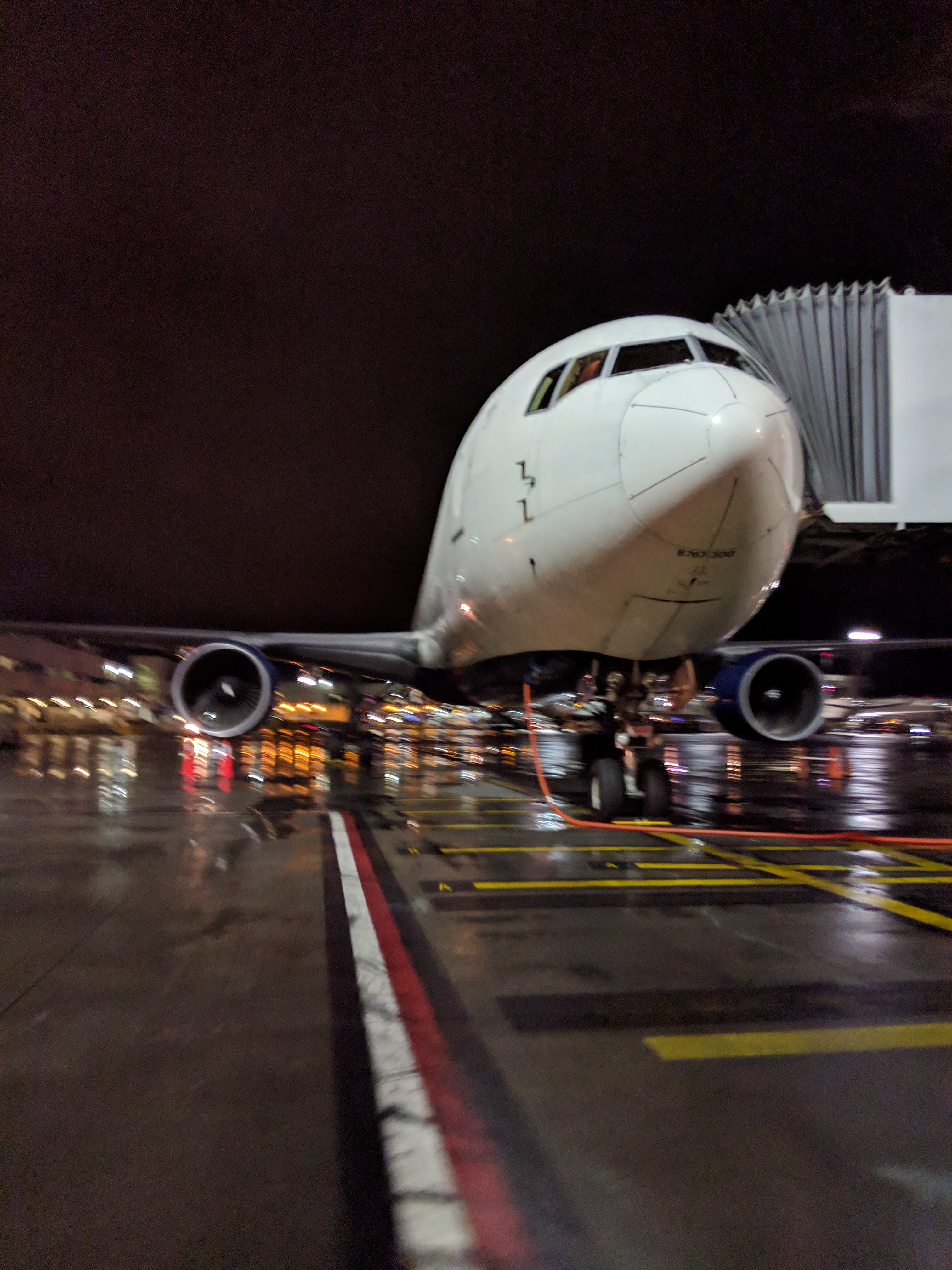 Once I got to my gate, I learned that my 7am flight was delayed into SFO by 90 minutes, thus pushing my arrival back two hours from when I wanted to be there.

So I swapped my SFO ticket for a SJC ticket and got basically the same seat on a similar plane.

I’m in the air to SJC right now and hope to land in about 30 mins\utes and then get in a car and be taken the hour+ that it will take to get to into San Francisco. But at least I can call into the start of my meeting instead of missing the first couple hours completely.

I have to thank Bliss for the inspiration to scramble today instead of just taking what the airlines were giving me and being chill about it. I think it worked out well and I’m going to be able to participate in the entirety of my meeting today. Thanks Bliss.