A Small Change To The Comments

David Steinberg, founder and CEO of Zeta Global, the owner of Disqus, saw my blog post last week expressing a desire to make this blog easier to manage. He reached out, asking how Zeta/Disqus could help.

I explained my frustration with the comments here at AVC and he asked the Disqus team to see if they could help.

And less than a week later, we have the first result of that assistance. AVC is running an experimental feature that Disqus is working on called “collapsed comments”.

One of the things that I find challenging with the comments is when a group of people decide to have a conversation with each other and it results in dozens of replies, one after another.

I don’t want to stop them from doing that, but I also don’t want that conversation to take up a ton of space on the page.

It is also the case that it is often in those rapid reply discussions where the flames come out.

So we are going to collapse the replies on multiple reply conversations here at AVC and it has been live since late yesterday. 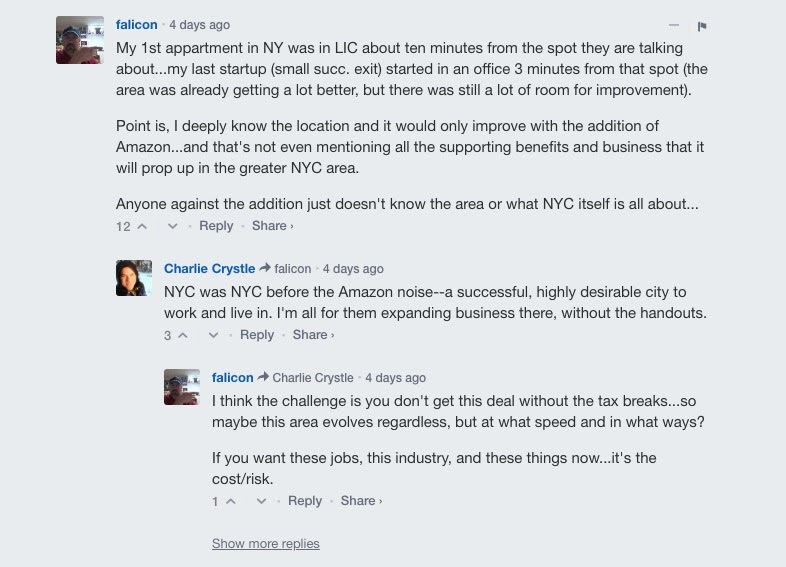 I am not saying that those conversations aren’t valuable. They are and people can still dive into them.

But they are not longer going to be the primary thing people see when they wade into the comments here at AVC.

I think that is a good thing and a small step to making it a bit easier to manage the comments here.