As many of you know, I have spent a fair bit of my time over the last ten years on increasing the amount of CS Education in our K12 system in NYC and around the US.

My friend Rob sent me this short (2 1/2 min) clip of John von Neumann in the early 50s talking about how important CS Education and in particular K12 CS Education would be.

We largely ignored his advice for the last sixty years but I am optimistic that we are finally heeding it.

This project is hot!

I backed it this morning

A Hackathon At NYC's City Hall

I like going to hackathons. A number of USV portfolio companies have emerged out of hackathons, like our portfolio company Dapper which created its hit crypto-collectible game CryptoKitties at a Hackathon in late 2017.

So yesterday I headed down to NYC’s City Hall which was hosting the finals of a citywide hackathon competition (called The Hack League) among NYC schools to create the best software applications to make the city better.

There were 28 finalist teams at City Hall yesterday competing to win the trophy. They were from all five boroughs, representing schools from all kinds of neighborhoods. It was as diverse as the city is and that is a wonderful thing.

I gave them a pep talk at the start of the day and encouraged them to “instrument their applications” so that they and others can determine how their users are getting value from them.

This is a photo I took of the students as I was about to address them:

The winning teams came from these schools with these applications:

2nd: Staten Island IS63 – “Oh Deer” app for residents to report on deer sightings and upload photos so the Dep’t of Environmental Conservation can track the deer

2nd: Manhattan Bridges High School – “Heat track” app that tracks temperatures inside and outside of homes and communicates to landlords about issues.

3rd: Bronx Millennium Art Academy – “Safety 1st” bi-lingual alert system to keep students informed when they are without their phones during the school day.

I was super impressed by how focused and committed the students were on making their applications better yesterday:

Here is a photo of all of the students who competed yesterday in the City Hall Rotunda.

These are the employees of the future for NYC startups, larger tech companies, and, frankly, every company in NYC. And let me tell you something. They are going to be really good.

Over the last five years, we have stepped up our in and around healthcare. About 15-20% of the early stage companies we have invested in over our last two fund cycles are working in this sector.

If you look at our current investment thesis at USV, you will see that wellness is one of the key areas of interest for us:

So where in the healthcare sector are we focused?

Rebecca tweeted this out yesterday and I think it is a good articulation of what we find most interesting in healthcare:

Making affordable healthcare more available to everyone seems the winning formula in this sector.

Take our portfolio company Nurx for example. They make birth control and other important prescriptions and home testing kits available to millions of people who have found them difficult to obtain through traditional channels.

I hope and expect that we will increase our investment in the health and wellness space in the coming years. It is an important sector that has immense challenges, but also immense opportunities. 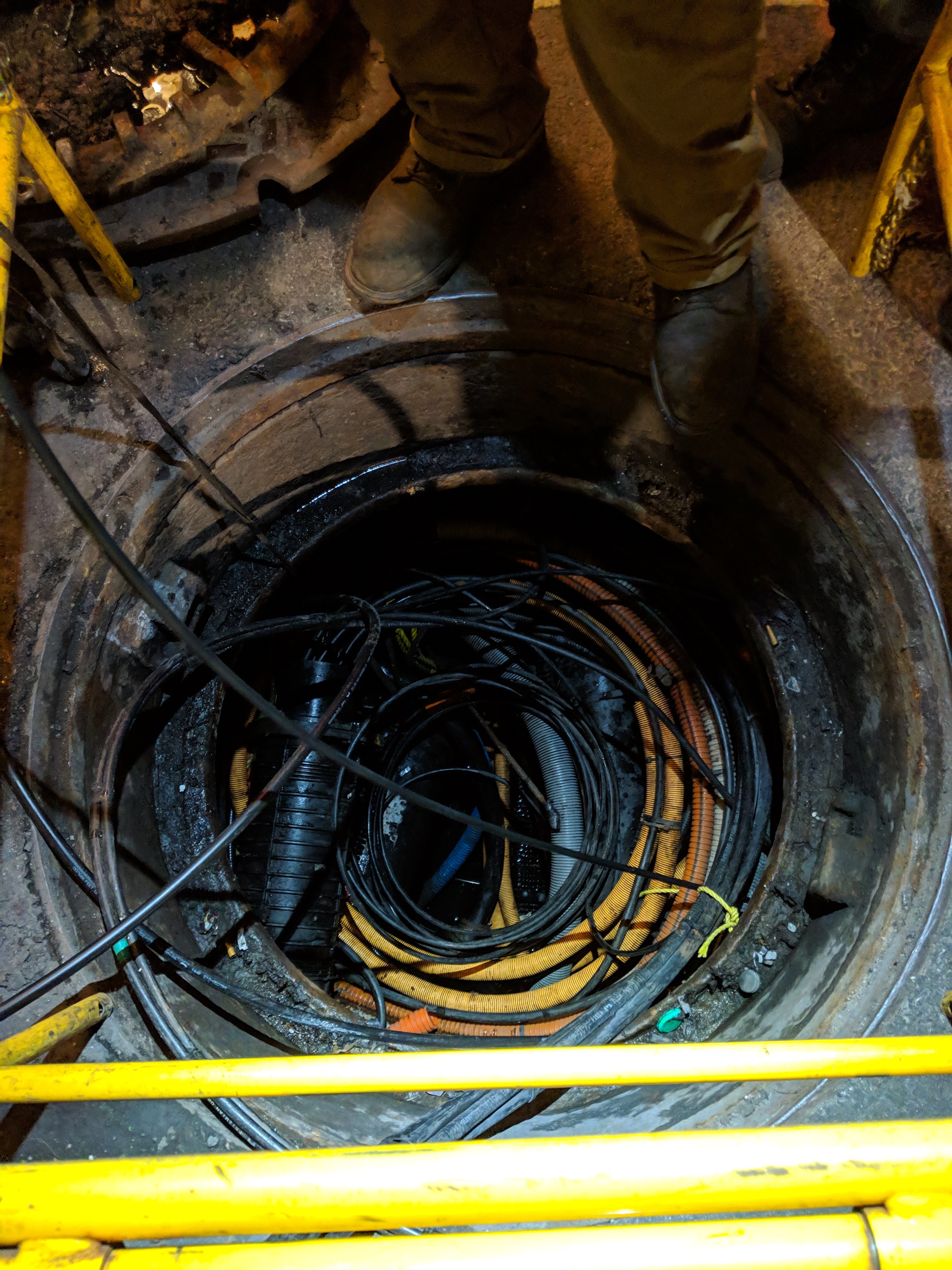 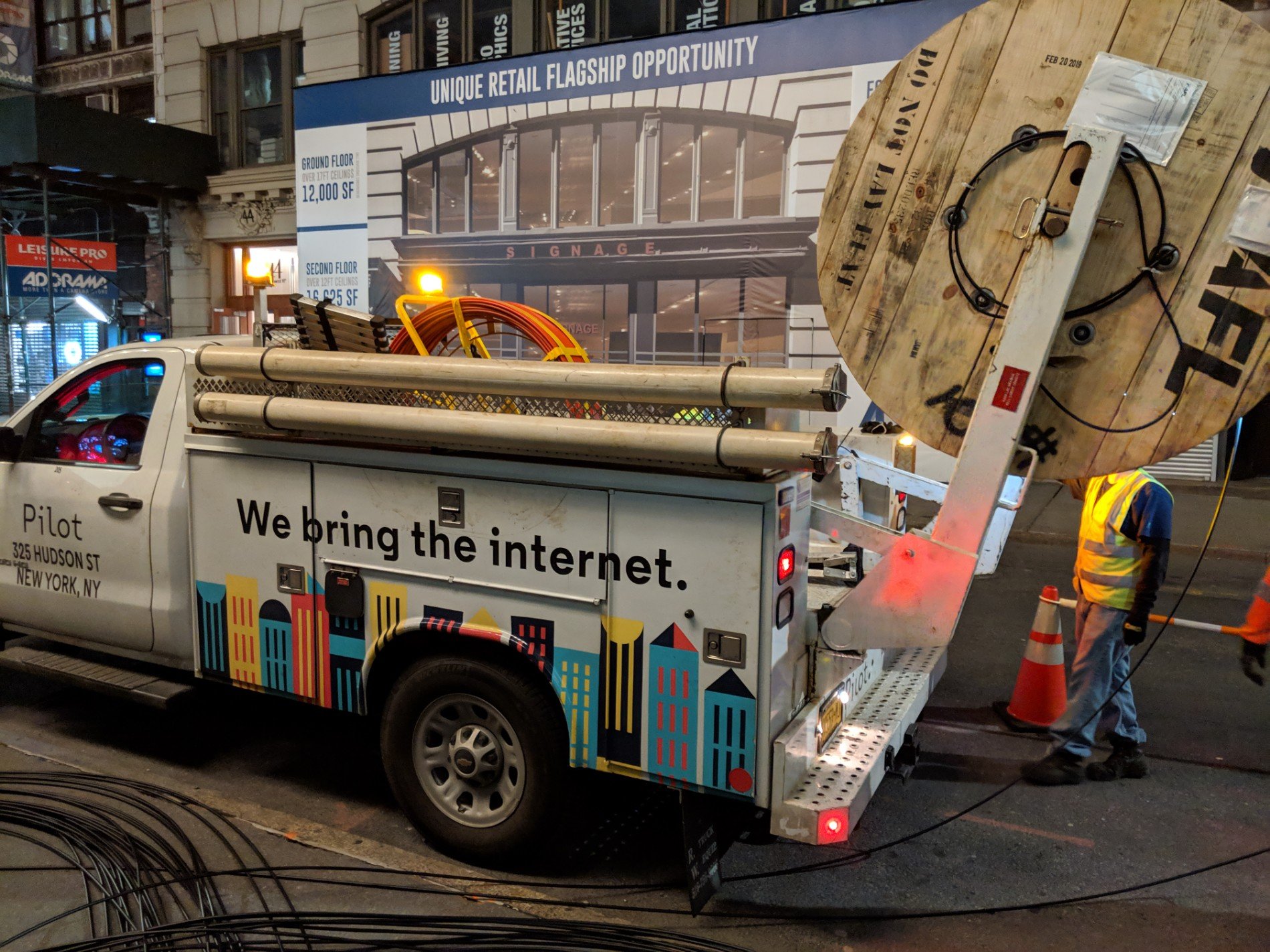 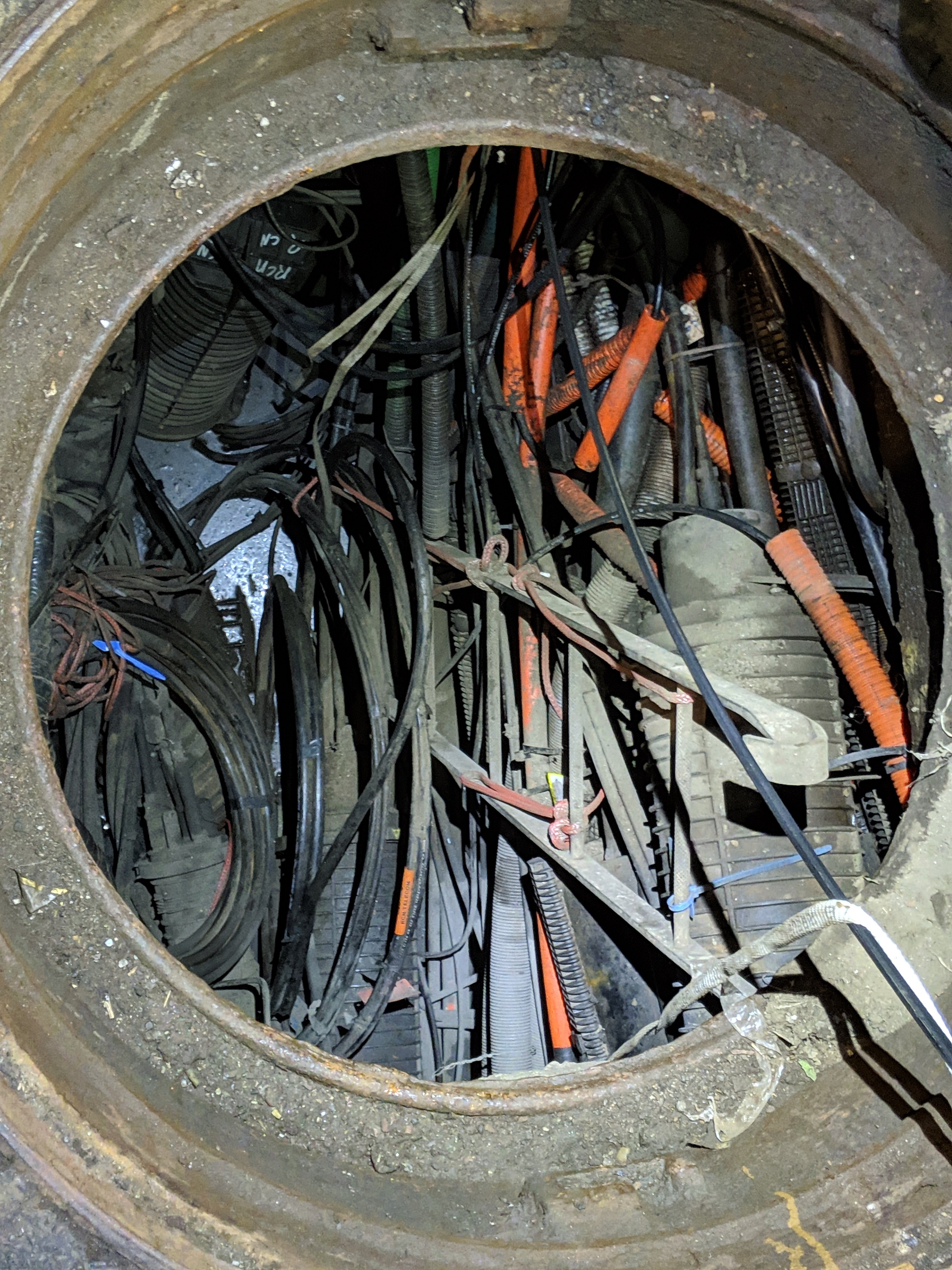 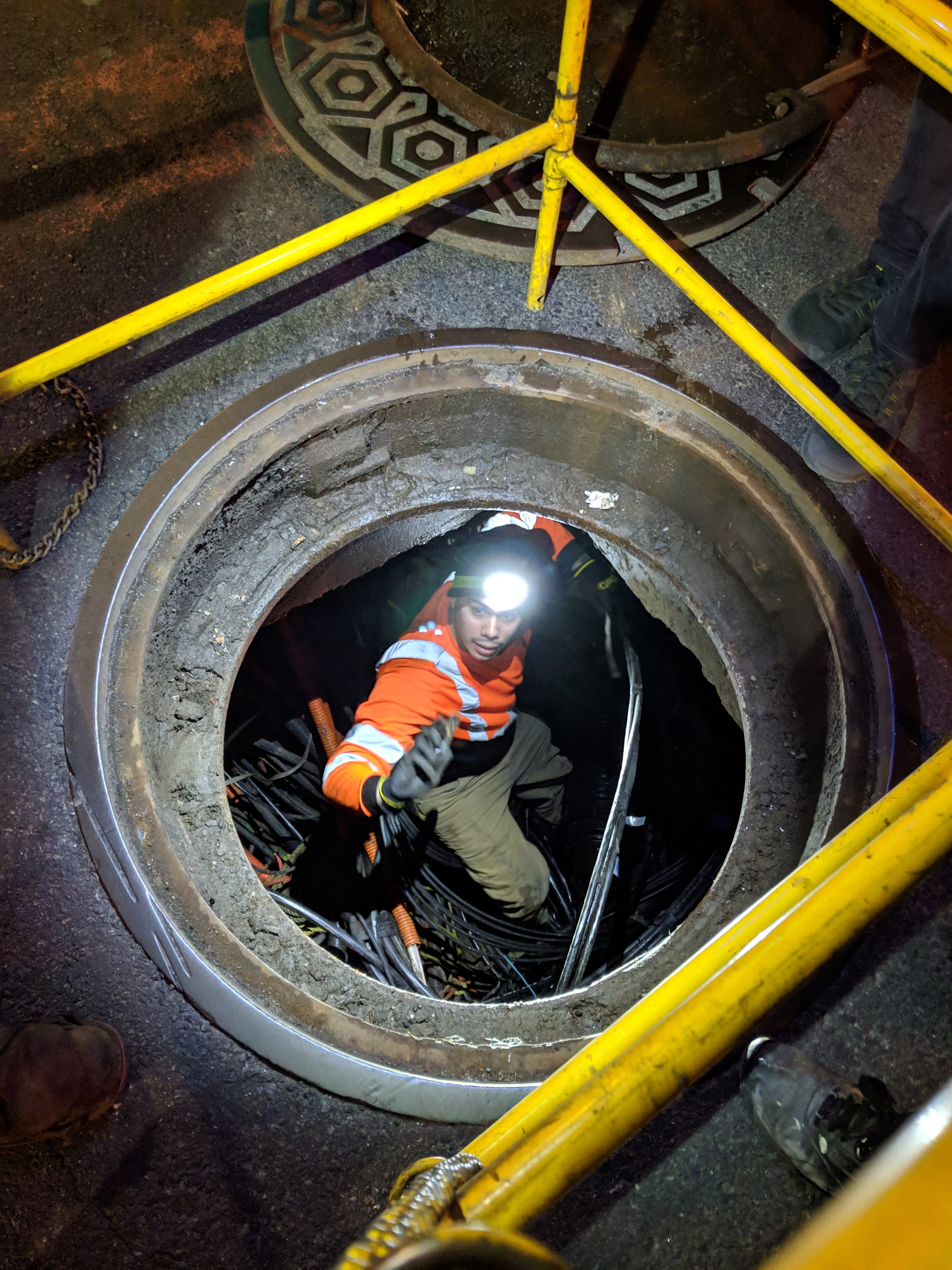 I am continuing my mini series on reading S1s (IPO documents). We are enjoying an IPO bonanza this year, so we might as well use it for some good and learn something.

When a company files for an IPO, I like to think if there is a publicly traded company that looks a lot like that company and if so, I lik to run some numbers comparing the two.

Well we have that exact situation with Uber filing to go public last week. Here is Uber’s S1.

We can compare Uber’s numbers to recently public Lyft, which I blogged about earlier in this S1 Fun series.

Here are Uber’s profit and loss numbers from their S1:

We can compare this to Lyft’s profit and loss from my prior blog post:

I put all of these numbers into a spreadsheet and added some estimates for 2019 that are nothing more than back of envelope guesstimates.

What you can see from this is that Uber is 4-5x larger than Lyft, growing a lot more slowly, has slightly better gross margins, and both are still losing a lot of money but both are moving towards getting profitable on operations in a few years.

Finally lets look at market valuations. Lyft is currently trading at a market cap of $17bn. If you say that Uber is 4-5x larger than Lyft, then Uber ought to be worth in the range of $70bn to $85bn.

There are other factors that will be in play when Uber eventually prices their IPO and trades. Uber owns minority interests in a number of other ridesharing businesses that could be worth as much as $10bn of additional value. On the other hand, Lyft is growing more quickly than Uber.

Ultimately we will see how the market values Uber. But from this analysis, and the public market comparables from Lyft, we can see that Uber should be worth quite a bit when it goes public.

I saw some chatter on Twitter this past week about Netflix and Disney in the wake of Disney’s announcement of Disney+:

I’m long $dis myself and no $nflx at the moment. That said will never not pay $nflx at current pricing https://t.co/aInOGQQFXZ

Disney’s stock was up 11% on the week

And Netflix stock was down 5% on the week

Certainly getting into the streaming game will be good for Disney. But I am less sure that content matters that much when it comes to Netflix.

A friend of mine shared this with me earlier this week:

When I saw that data, I replied to him with this:

It is the frustrations of the prior model (interruptive advertising, by appointment consumption, etc) that open the opportunity for the next model

Given that the new model, streaming, is well entrenched now, I am not saying that functionality alone will save Netflix or anyone else.

But I do believe that the functionality of a service (no ads, binge watching, user interface, curation, notifications, price, etc) are just as important, or possibly more important, than whether or not you can watch The Incredibles on it.

And most importantly, it is the frustrations of the prior model, as I mentioned above, that creates the opening for the new model.

So if you are working on a new model, for anything (it could be crypto, health care, education, finance, etc, etc), you should look very closely at what are the most annoying and frustrating aspects of the current model and focus on leading with features that remove them.

Audio Of The Week: Coinbase Custody

And now a word from your sponsor:

Coinbase is a USV portfolio company, I am on the board, and I am deeply invested in this business.

Coinbase’s regulated custody subsidiary is an important part of their overall business and I am also on the board of it.

This Unconfirmed Podcast with Sam McIngvale is a really good explanation of what Coinbase is doing in the custody market and how they are developing new income earning options for their customers.

Did you know this?

Well, this film that is being funded on Kickstarter is all about the math crisis in America. I backed it this morning and you can too.

Our portfolio company Blockstack tweeted out this today:

After rounds of private comments, we’ve publicly filed for a $50M token offering with the SEC.

Upon qualification, our network and the Stacks tokens will be available to retail investors, including the US. https://t.co/OuPVbA4eJt

Given that USV is an investor and one of my partners is on the board, I don’t want to opine on this in any way.

But I do think this is an interesting development in the evolution of tokens as investable assets.

So here is a Coindesk post on this news.