Last summer I threw out our twenty year old satellite dish and decided to finally go over the top. I put a bunch of video streaming apps on our AppleTV to replace the “linear television” that we had been getting with the dish.

Almost a year later, I’ve removed all but two of them and the clear winner has been YouTube TV.

YouTube TV is pretty much everything you’d want in a linear television service (except for one thing which I will get to) and the UI is more or less perfect.

That seems like a little thing, but after almost sixty years of living with set top boxes that are device specific, it is a big thing.

I’m writing this on my cell phone. Just before starting to write I was sitting in my office thinking that I want to watch the Sixers Raptors game this afternoon but we are going to be uptown at the TEFAF Art Fair.

No problem. I opened the YouTube TV app on my phone, searched for the Sixers Raptors game, and hit the plus sign.

When I turn on any of our TVs in our home, that game will be in the library waiting for me to watch it. 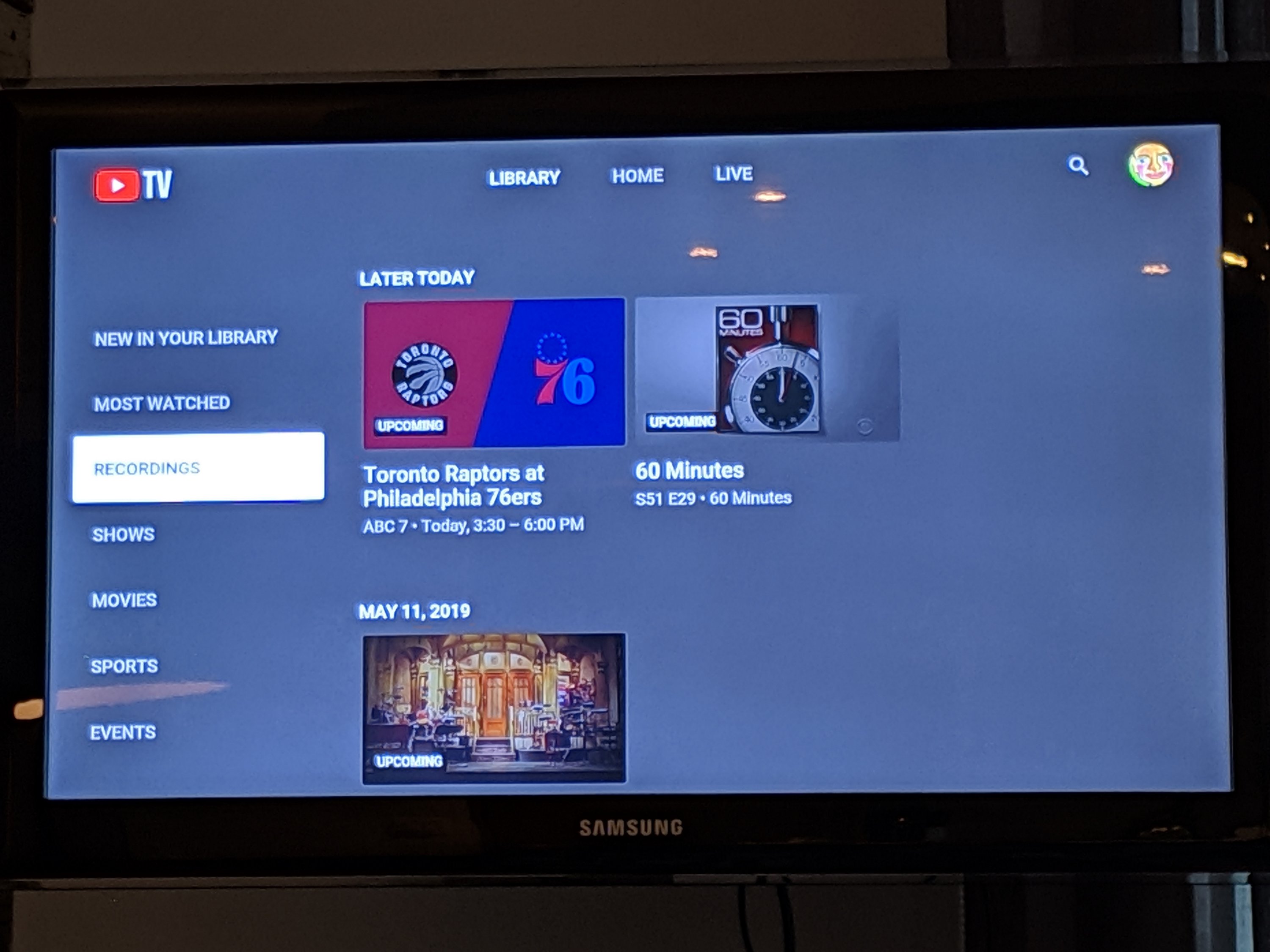 If you have a ski house, or a beach house, or some other form of second home, you can use your single YouTube TV subscription there too.

So what’s the one thing that’s not perfect about YouTube TV?

They don’t have the Regional Sports Networks (RSNs) on the service. If that Sixers Raptors game was being broadcast on CSN Philadelphia it would not have been on YouTube TV. Thankfully it is the playoffs and it is on ABC.

I talked to a friend of a friend who works at YouTube TV and the RSNs will not sell their content to YouTube TV on a subscriber by subscriber basis. If YouTube TV wants MSG Network on it’s service, it has to pay for it for everyone. And who other than die hard Knicks fans would want to pay to watch the Knicks this year?

I tried a bunch of other services over the last year but I found YouTube TV to be superior in almost every way.

Google did an amazing job with this product. If you put YouTube TV on your televisions (there are a bunch of ways you can do that), you can throw out that set-top box once and for all like we did.

And you will get a bunch of capabilities that you never had with cable. It’s great.