David Kelnar sent me this deck that he did on the state of AI. It is very good.

This slide got my attention: 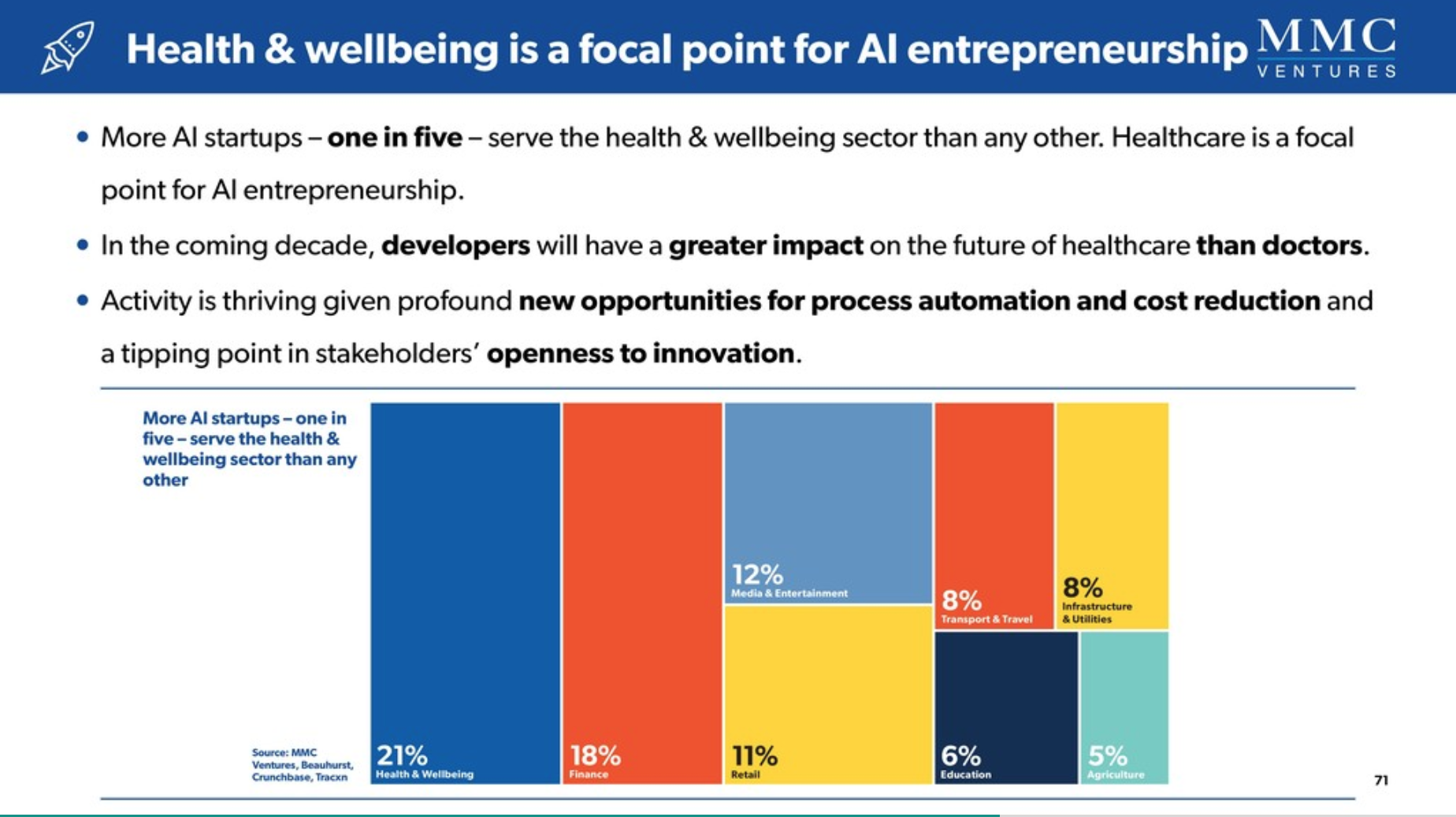 It is interesting, and not totally surprising, that the sector that AI-focused entrepreneurs are targeting more than any other is health and wellbeing.

It seems like there is so much opportunity to improve our collective health and wellbeing with data science and machine learning. This is a big part of our thesis around healthcare at USV.