I’ve written on this blog about extensible blockchain games, the ability to own the virtual goods you earn or buy in your games, and the idea that these virtual goods can move from game to game. I think this is a big deal and possibly the thing that brings blockchains and crypto tokens to the mainstream user.

So, here’s an awesome example of that. Our portfolio company Dapper announced today that it is building a blockchain game with the NBA called Top Shot. 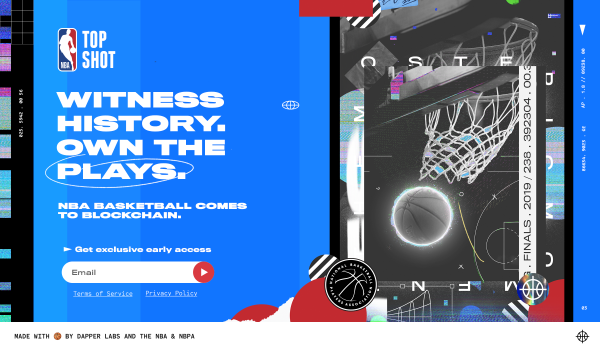 Here is the idea behind the game:

NBA Top Shot will feature a social experience built around digital collectibles as well as a complementary head-to-head game designed to create a fun, authentic and accessible fan engagement on blockchain. Like other sports games or fantasy brackets, fans who play the game are tasked with creating their ideal squad, but in this game, their rosters are built by acquiring live in-game moments from the NBA season. These moments, such as a Kevin Durant 3-point shot, or Joel Embiid dunk, which are acquired as digital collectibles or tokens, can then be either owned forever or used to compete against other players in online tournaments and leagues.

NBA Top Shot will start offering crypto-collectibles in the fall, with the game to follow in early 2020. You can get early access by leaving your email address here nbatopshot.com