A better word would be Whales. And it turns out that the Whaling industry in the United States in the 18th and 19th centuries looked remarkably similar to today’s venture capital business.

Some of my friends and colleagues have been texting and tweeting about a book called VC: An American History by Tom Nicholas. So I got it on my Kindle and the first chapter is all about the Whaling industry and its similarities to the VC business.

Here are some photos I took of the first chapter on my phone.

This is a chart that plots the distribution of returns by whaling voyage vs venture capital fund. 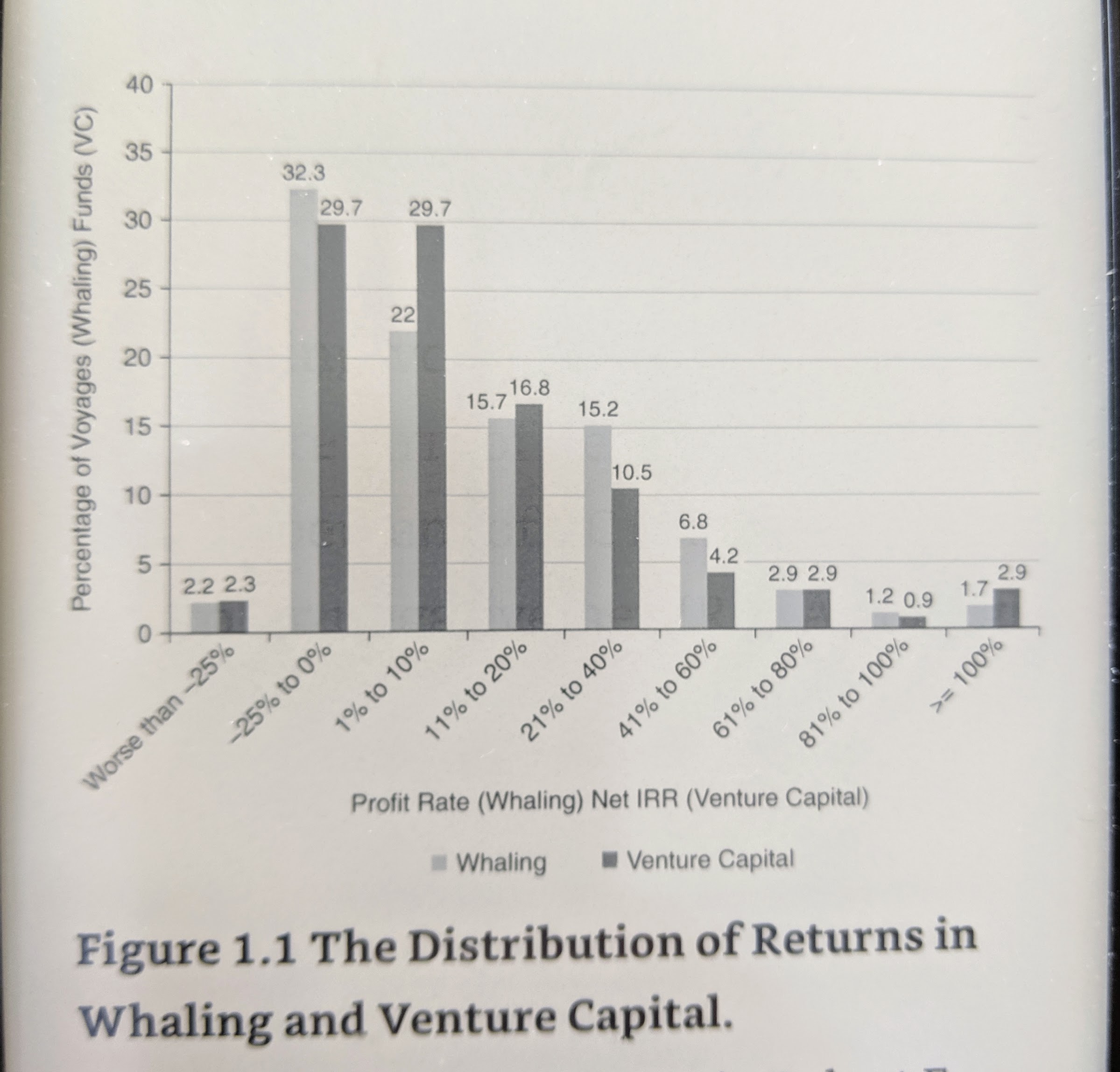 This is a diagram that compares the structure of the whaling industry to the venture capital industry. 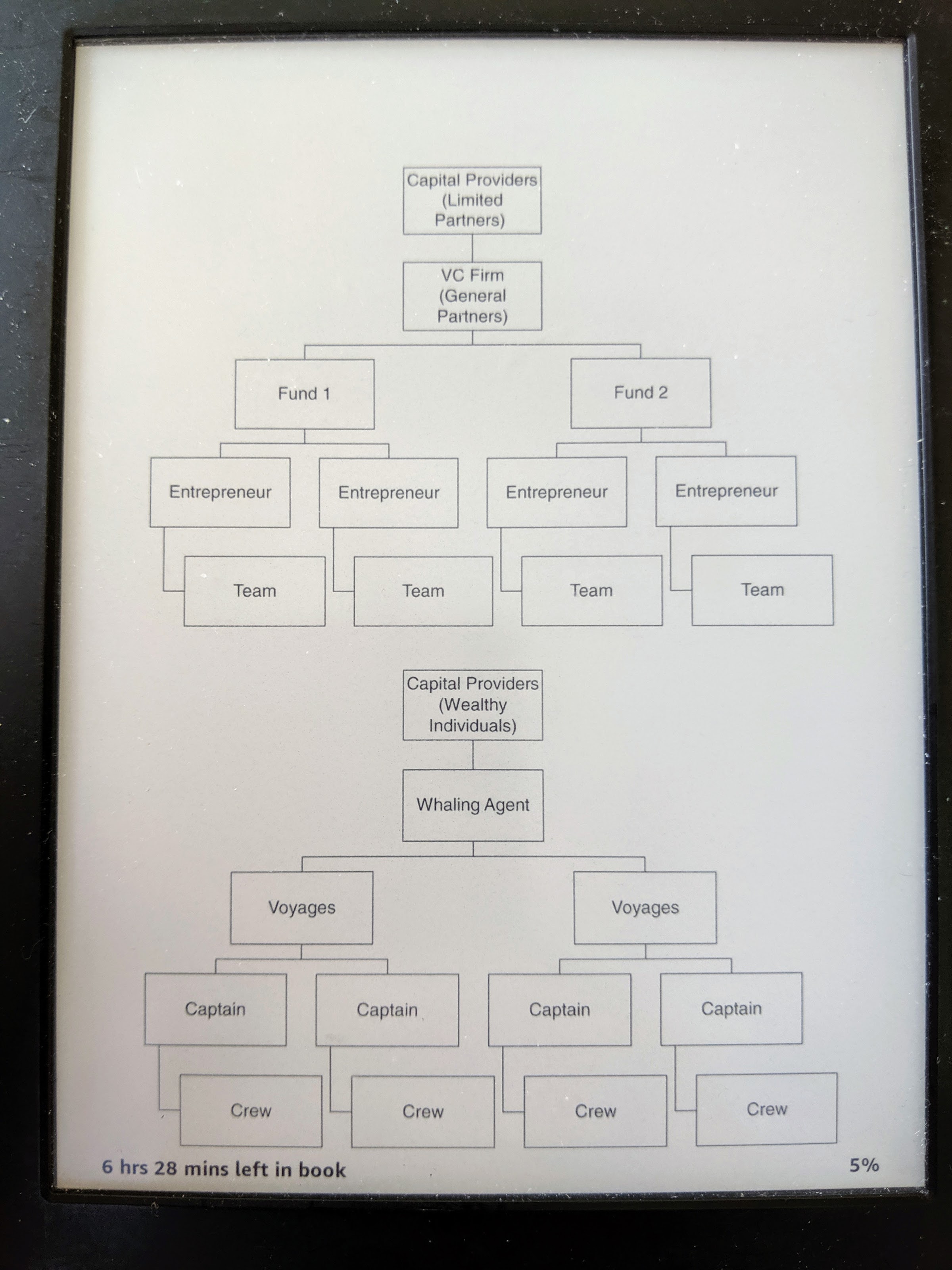 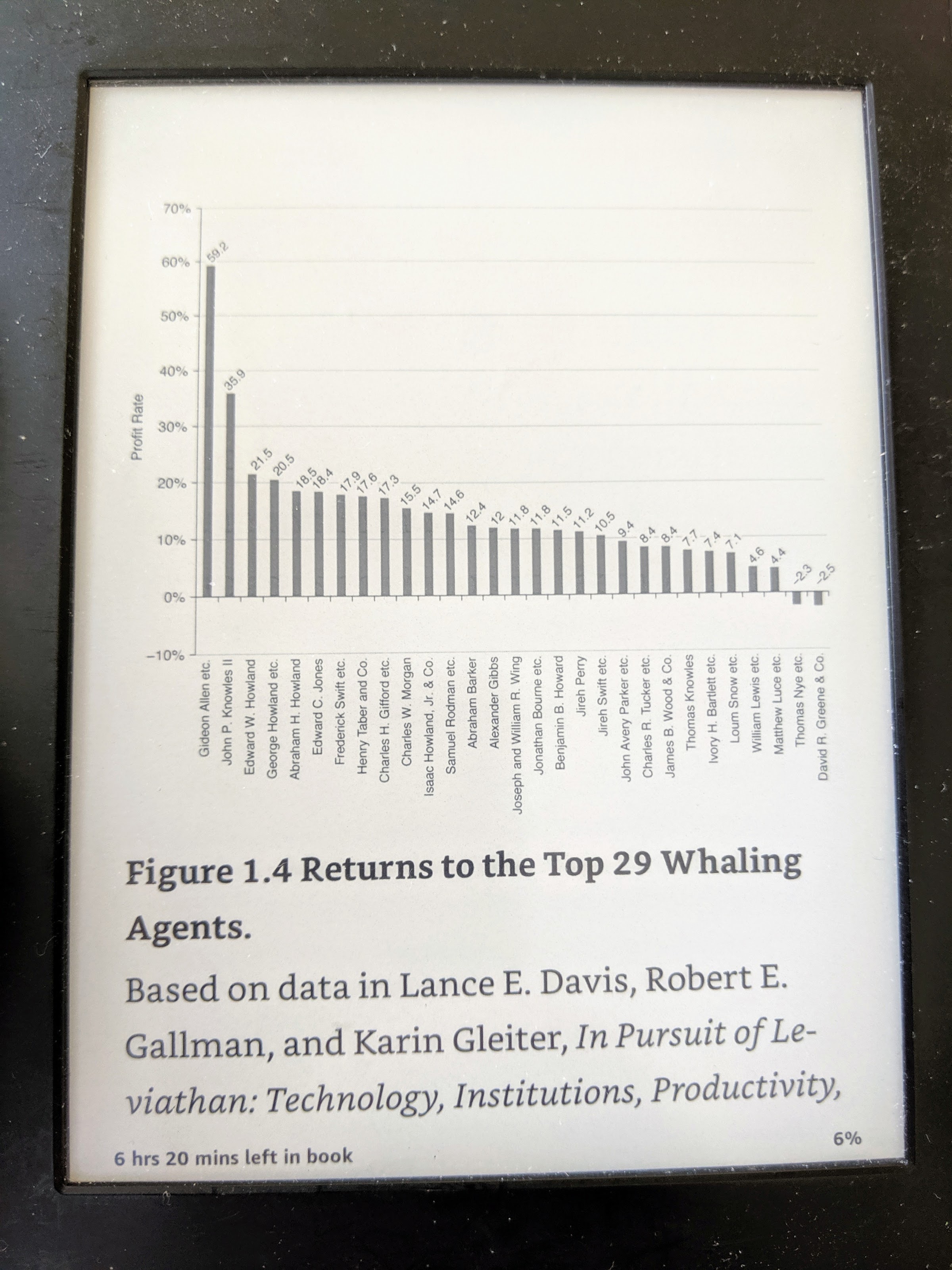 So while Unicorns are made up creatures, Whales are not. And given the similarities between a highly successful venture capital investment and a highly successful whaling voyage, I am going to start calling the big winners in the venture industry Whales. I hope it catches on.