Back in June I wrote about a company we recently invested in called Helium.

Helium is creating a decentralized low power and low bandwidth wireless network for the exploding number of smart devices out in the world.

We got our hotspot yesterday and I connected it this morning and we are now providing bandwidth in Manhattan and earning Helium tokens as a result. Video Of The Week: GoTenna Mesh

It’s a long weekend with many of us off the grid.

So what do you do when you are off the grid?

Get a GoTenna to stay connected.

This promotional video explains the power of GoTenna when you and your friends are off the grid.

The End Of Net Neutrality As We Know It

I have written about net neutrality frequently here at AVC. I believe that for as long as we have local monopolies and duopolies for last mile broadband internet in most parts of the US, we need our federal government to actively reign in the broadband providers from doing things that are anti-innovation, anti-consumer, and pro-big business. For much of the last decade, the internet crowd has been a force to be reckoned with on this issue and we fought for and won good net neutrality rules that were put in place and defended in court. If you are a long time reader of AVC, you heard me advocating for and celebrating these wins.

The times have changed. We have a pro-big business team in the White House and at the FCC who are hell-bent to overturn those hard fought for net neutrality rules. We should fight them in these efforts, just like we have fought for these rules at every turn. Here are some things you can do:

#NetNeutrality is NOT DEAD YET. Congress has stopped FCC votes before. Do NOT give up!

1) RETWEET this to help spread the word that we can still stop this.

But even as we fight for net neutrality, we also should be investing heavily in efforts to reduce our society’s reliance on the big cable and telcos for our broadband internet. That’s the core problem here.

So, in addition to fighting for net neutrality, here is what you should be doing:

I believe that technology is ultimately a better solution than regulation to market failures like the monopoly/duopoly issue in last mile broadband and I am confident that we will get the technology to solve it soon enough (certainly in my expected lifetime). But until that happens, regulation is a good tool to keep things moving in the right direction. That’s why I have supported net neutrality and will continue to support it until the technology arrives in the mass market to address the underlying problem.

Our portfolio company goTenna sent a bunch of their mesh networking devices to Puerto Rico in the wake of Hurricane Maria and a number of mesh networks lit up on the island.

This is what the goTenna network map looks like on the west side of the island now: 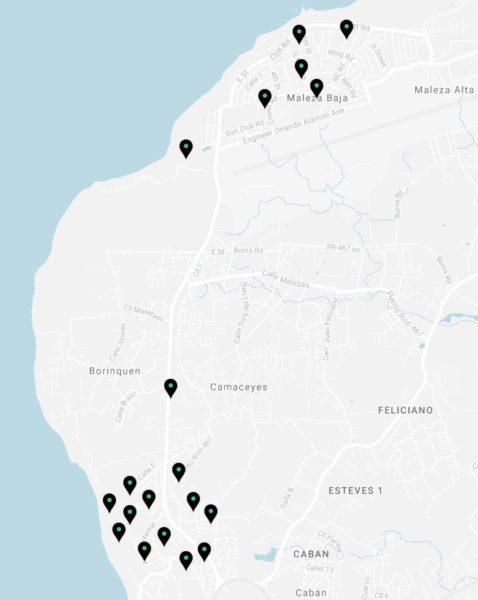 So they kicked off this crowdfunding campaign to purchase another 300 devices to get more mesh connectivity on the island.

I backed the project yesterday and it would be great if the AVC community could close this out with more donations today. The total raise is $15k.

If you want to learn more about goTenna, this Techcrunch story is a good place to start.

In a few short months the goTenna mesh device has built this network around the US: 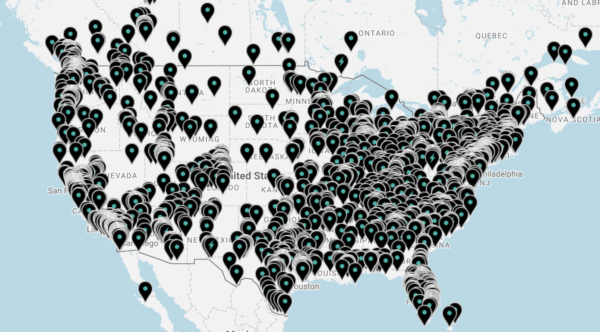 I’ve been a fan of the idea of people-powered mesh networking for a long time. It is great to see it happening.

Video Of The Week: Mesh Networking For Wireless Connectivity

Daniela Perdomo, founder and CEO of our portfolio company goTenna recently gave a talk at the New York Times about how mesh networking can improve wireless connectivity in urban environments.

It’s a short talk (~7 mins) and explains how mesh networking technologies can (and will) solve urban wireless connectivity issues in the coming years.

Also, goTenna launched a map of its mesh network yesterday. Here is what it looks like as of today: