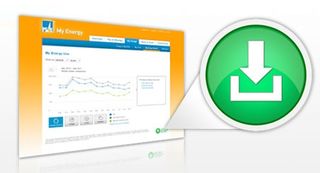 On Monday , the White House announced Startup America. The CTO of US, Aneesh Chopra, blogged about it on Techcrunch.  My friend Brad Feld was there and blogged about it.

I have no involvement with Startup America, at least yet. But I am a fan of it for one simple reason – they are paying attention. Let me explain.

For years, entrepreneurs in NYC, particularly tech entrepreneurs, labored largely in silence. The city government was focused on the big employers and real estate. Tech entrepreneurship was something that happened elsewhere. It was largely ignored.

Then a year or two ago, the city woke up. Our mayor, himself one of the best tech entrepreneurs of his generation, woke up. They started paying attention to the emerging tech sector. The Mayor started coming our our events. The city took our calls. And they are now working with the tech sector to make things easier and support good ideas. I tell them privately and publicly that I don't agree with all that they are doing and wish they would do other things. But at least they are doing and listening. That is a huge step in the right direction.

Now it appears the White House is paying attention too. They've got smart experienced people like Steve Case, Carl Schramm, and Brad Feld advising them. They've got programs in place and more on the way.

But this effort gives us an opening. We can get things like visa reform on the White House's agenda through new channels. We can push back on nutty ideas like regulating VC firms so that my blog posts would have to be signed off on a compliance officer before they go public. We can shine a light on areas that need help and those that are doing "just fine, thank you."

I live and work in startup america and I am glad the White House is paying attention to us now.