I hate to see employees leave our portfolio companies for many reasons, among them the loss of continuity and camaraderie and the knowledge of how hard everyone will have to work to replace them. Many people see churn of employees in and out of companies as a given and build a recruiting machine to deal with this reality. While building a recruiting machine is necessary in any case, I prefer to see our portfolio companies focus on building retention into their mission and culture and reducing churn as much as humanly possible.

There isn't one secret method to retain employees but there are a few things that make a big difference.

1) Communication – the single greatest contributor to low morale is lack of communication. Employees need to know where the company is headed, what they can do to help get there, and why. You cannot overcommunicate with your team. Best practices include frequent one on ones between the managers and their team members, regular (weekly?) all hands meetings, quick standup meetings on a regular basis for the teams to communicate with each other, and a CEO who is out and about and available and not stuck in his/her office.

2) Getting the hiring process right – a lot of churn results from bad hiring. The employee is asked to leave because they are not up to the job. Or the employee leaves on their own because they don't enjoy the job. Either way, this was a screwup on the company's part. They got the hiring process wrong. The last MBA Mondays post (two weeks ago) was about best hiring practices. Focus on getting those right and you will make less hiring mistakes and experience less churn.

3) Culture and Fit – Employees leave because they don't feel like they fit in. Maybe they don't. Or maybe they just don't know that they do fit in. Another post in this series on People was about Culture and Fit. You must spend time working on culture, hiring for it, and creating an environment that people are happy working in. This is important stuff.

4) Promote from within. Create a career path for your most talented people. The best people are driven. They want to do more, develop, and earn more. If you are always hiring management from outside of the company, people will get the message that they need to leave to move up. Don't make that mistake. Hire from within whenever possible. Take that chance on the talented person who you think is great but maybe not yet ready. Work with them to get them ready and then give them the opportunity and then help them succeed in the position. Go outside only when you truly cannot fill the position from within.

5) Assess yourself, your team, and your company. We have discussed various feedback approaches here before. There is a lot of discomfort with annual 360 feedback processes out there. There is a growing movement toward continuous feedback systems. Whatever the process you use, you must give your team the ability to deliver feedback in a safe way and get feedback that they can internalize and act upon. You must tie feedback to development goals. Feedback alone will not be enough. Build a culture where people are allowed to make mistakes, get feedback, and grow from them. I have seen this approach work many times. It helps build companies where churn rates are extremely low.

6) Pay your team well. The startup world is full of companies where the cash compensation levels are lower than market. This results from the view that the big equity grants people get when they join more than makes up for it. There are a few problems with this point of view. First, the big option grants are usually limited to the first five or ten employees and the big management positions. And second, people can't use options to pay their rent/mortgage, send their kids to school, and go on a summer vacation with the family. Figure out what "market salaries" are for all the positions in your company and always be sure you are paying "market" or ideally above market for your employees. And review your team's compensation regularly and give out raises regularly. This stuff matters a lot. Most everyone is financially motivated at some level and if you don't show an interest in your team's compensation, they won't share an interest in yours (which is tied to the success of your company).

I believe these six things (communicate, hire well, culture matters, career paths, assessment, and compensation) are the key to retention. You must focus on all of them. Just doing one of them well will not help. Measure your employee churn and see if you can improve it over time. A healthy company doesn't churn more than five or ten percent of their employees every year. And you need to be healthy to succeed over the long run.

The Board of Directors: Guest Post From Scott Kurnit

I am developing a standard format for these MBA Mondays series. I do five or six posts on a topic and then I solicit four or five guest posts to wrap it up. Today we begin the guest posts on the Board Of Directors series we've been doing for the past six weeks.

One of the most sought after independent directors in the world of internet startups is Scott Kurnit who has started a couple internet companies and has sat on eight boards including several public boards. If you are not familiar with Scott, here is an interview he did with me in late 2010 at the Paley Center.

Fred has done his usual fabulous job outlining the critical issues with Boards. Today I’m going to address two concepts that surprise people every time, end up generating lots of head nods, then usually don’t happen. These suggestions clearly fit into the art of the board more than the science. And it’s the unwillingness to depart from traditional norms by those around the table that stop them from happening.

Why would you take a valuable Board seat for your best friend? Doesn’t every seat need to be occupied by people with industry expertise, financial acumen or years of board experience? That’s logical, but what about having someone who you trust with your life? Someone you’ll truly believe when the Board is telling you that you’re not performing or that the financing you seek is wrong or that you’re spending too much or your request for stock options is too aggressive?

Ideally, your best friend has industry or financial or board expertise – but even if not, having someone who has your back… who tells you the unvarnished truth… that you believe in an instant… is in everyone’s interest. This seat is critical. Fill it.

As a repeat CEO and board member, I try to fill this role of CEO pal if a CEO doesn’t have one. I’m well aware of my fiduciary responsibilities to shareholders, but I try to think of the CEO first since if he performs, the company performs and changing out CEOs is a wrenching and often disastrous activity. A CEO should have someone he can tell anything. That makes a better company and a better outcome for shareholders.

Now, for my second point which will certainly raise the hackles of co-founders who are on the board, work their butts off and may have as much stock in the company as you do: The fact is, there’s only one CEO, one leader. And that’s why people who work for the CEO can’t also be the CEO’s boss. Yes, fundamentally, that’s what Boards are… the CEO’s boss.

Here’s the simple logic. The CEO can’t be in charge 29 days out of the month and then report to her subordinates on the 30th day. That screws up the crispness and clarity for the 29 days. A CEO should not be giving compensation or making non-objective decisions concerning subordinates, in order to make sure her own comp and Board decisions get approved on day 30. Ridiculous. You often end up with a horrible combination of dysfunctional board member and insubordinate… subordinate – all wrapped up in one person. You can’t be both a worker and a boss at the same time. Sorry, co-founders… you can observe at Board meetings… but you don’t get a vote. Period. And when the CEO tells you to leave the Board room… well, she’s the boss.

Since I have this awesome space courtesy of Fred, I could go into why Board members should have no ego, need to come to every board meeting in person, need to give performance reviews to CEOs, should only do email during Board meetings within a designated 5 minute block every hour and create an environment where everyone knows everything with total transparency. But, I won’t abuse the privilege of this space or your time.

Just get a pal on the board and keep your pals who work for you off the board. I promise, your company will be better and return higher rewards for all concerned. 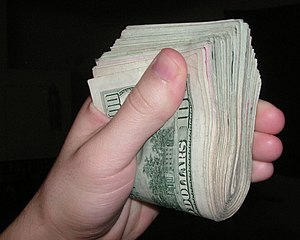