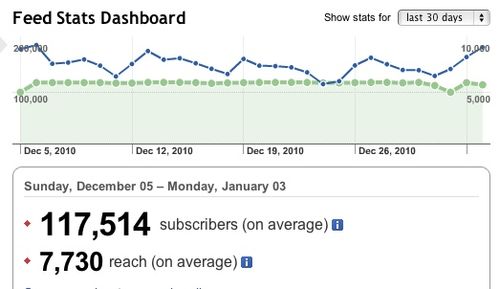 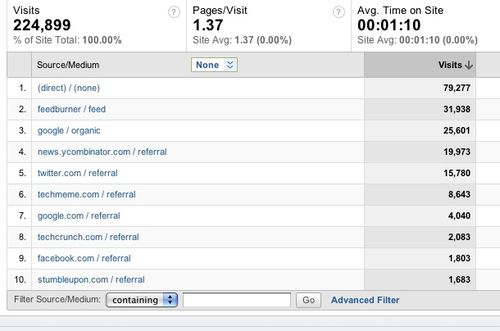 Every few months, I like to share some analytics on this blog's audience. Here's the google analytics refer logs for the past thirty days: 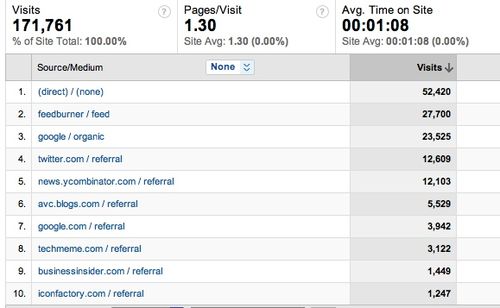 The thing that jumps out at me is the magnitude of the direct audience. If you add the direct category, this blog's RSS feed (Feedburner), and the avc.blogs.com domain (the original domain of this blog which still works), you get roughly 86,000 visits which is roughly half of all the visits.

I think it reflects two things:

1) the loyalty of this blog's audience – many of you come to read this blog every day and I suspect that you come via a bookmark, the feed, or some other way you've set up to remember to do that.

2) Twitter – most of the traffic that comes from twitter clients still registers as direct traffic in google analytics. i hope Twitter and Google work out some way to fix that soon. it's been an issue for years now. 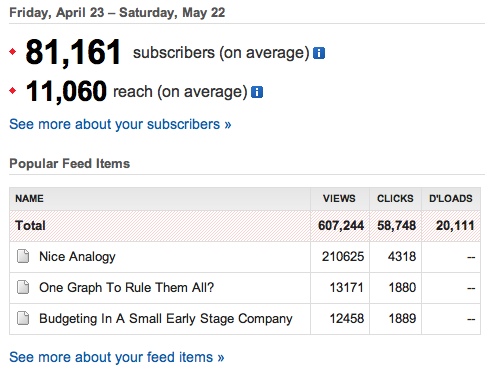 It's pretty eye opening to be honest. I spend so much time thinking about internet distribution channels and the impact of search and social media on audience and traffic that I don't pay as much attention to the value of a loyal and consistent audience and yet that is exactly what we have here at AVC. Kind of ironic.