The idea for this post came in the comments at some point in the past week. I can't actually recall how we got to talking about the artist named Fred Wilson, but we did. And I said I was going to tell the story of how I met Fred. So I will do that. It's a fun story. And then I will post some of my favorites of his work. And then we can talk about Fred. Because he's a great artist and a super nice person too.

When Google came along I, like many peoople, started googling my own name. Slowly but surely the links on that result jelled along the lines of two primary people – me and the artist named Fred Wilson. Around that time, about ten years ago, Fred was selected to represent the US at the 50th Venice Biennale. That was a big moment for Fred and his name started appearing all over the palce. And that is when I became familiar with the memorable look of Fred. 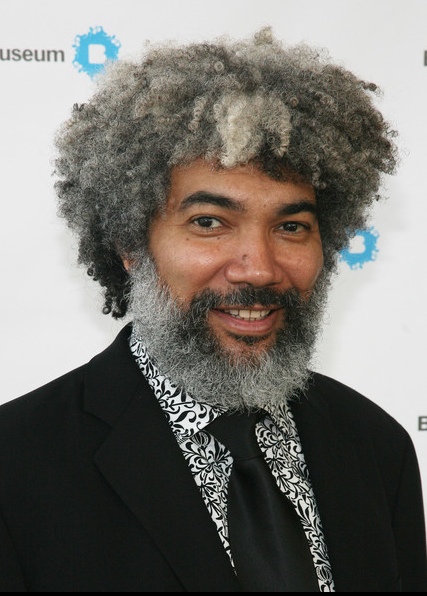 So fast forward to a few years ago. I was walking down Broadway near the USV offices and I see Fred walking up Broadway on the same side of the street as I'm on. So I stopped and waited for Fred to reach me. When he did, I reached out and said "are you Fred Wilson?", he said "yes, I am", and then I said "I am the other Fred Wilson". He looked at me and smiled. We had a short conversation and that was that. Since then I've met Fred a few times at art events and such and most recently the Gotham Gal, our son, and I met him at his recent show at the Pace Gallery.

Fred is an installation artist who focuses on the issues of social justice, cultural norms, and racism. He uses objects found in museums as the basis for his artistic exploration. Here are some of my favorites of his work: 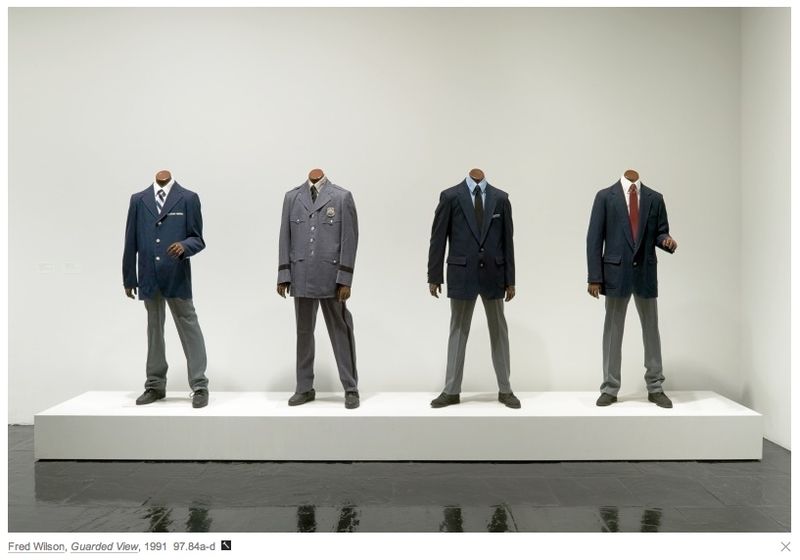 This work is called Guarded View and has been on display at the Whitney in NYC recently. It hits you as you walk out of the elevator on the fourth or fifth floor. It was inspired by Fred's time as a museum guard. It speaks to how security guards become part of the scenery in museums and other parts of our world. 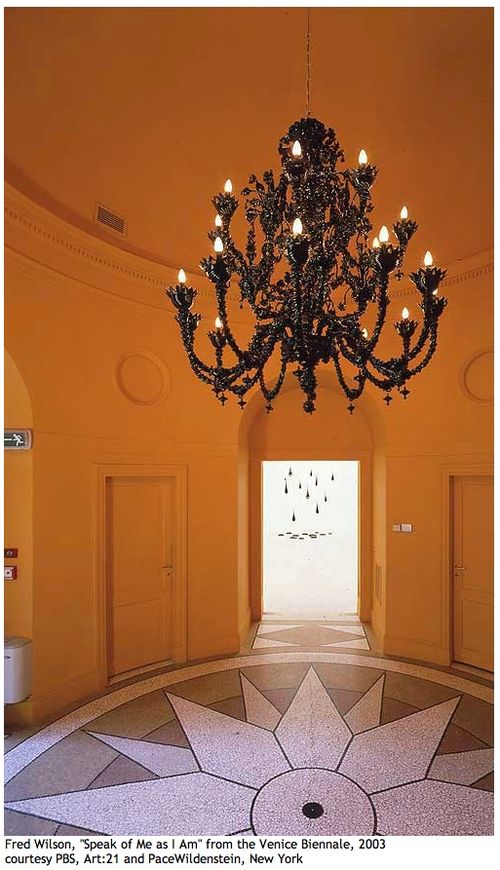 Speak of Me as I Am is a work from Fred's exhibition a the Venice Biennale. This work was inspired by Shakespeare's Othello and Fred's time in Venice working with glassblowers. Fred's chandeliers, and he has made many varieties, are incredible. 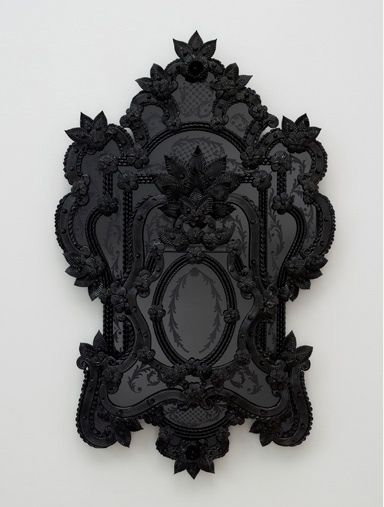 Fred does these amazing black venetian glass mirrors. I have seen a number of varieties of them. This one is called Mark and was made in 2009. The Gotham Gal and I own one.

So that's a quick overview of Fred Wilson, how I met him, and a sampling of his work. If you want to see more, Fred is represented by The Pace Gallery in NYC, Rena Bransten in San Francisco. I have also seen his work at mitterand + sanz in Zurich and JGM. Galerie in Paris. And of course, his work is in many of the modern art museums around the world.