Scoot Networks - A New Way To Get Around SF

When I come to SF, I generally don't rent a car. I've used cabs and more recently Uber to get around. But many times I just walk from meeting to meeting around SOMA where most of the tech companies are.

This week I tried something different. The Gotham Gal is a seed investor in a company called Scoot Networks who has launched a service that is best described as "zipcar for scooters." My colleague Nick and I rented scooters yesterday and used them to get back and forth to our meetings. I have my scooter until tonight when I am going to return it.

Here's a photo of me on a Scoot: 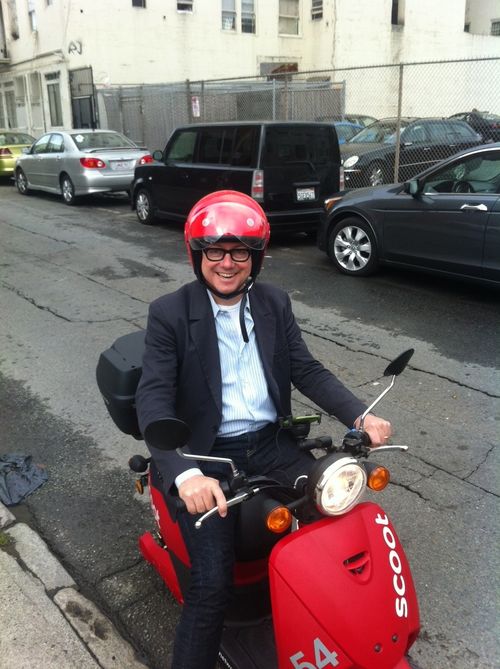 The scooter is electric and very light. It is only 50 cc. It has enough speed and acceleration to get around SOMA easily. It is not as powerful as the 150 cc Vespa I ride around NYC, but I was totally comfortable on it and it worked great for me yesterday.

Your phone is your "key". You join Scoot Networks and use their web app (native apps are coming). You place your phone in a bracket on the handlebar and connect an iPhone or USB connector and that turns the bike on and off. 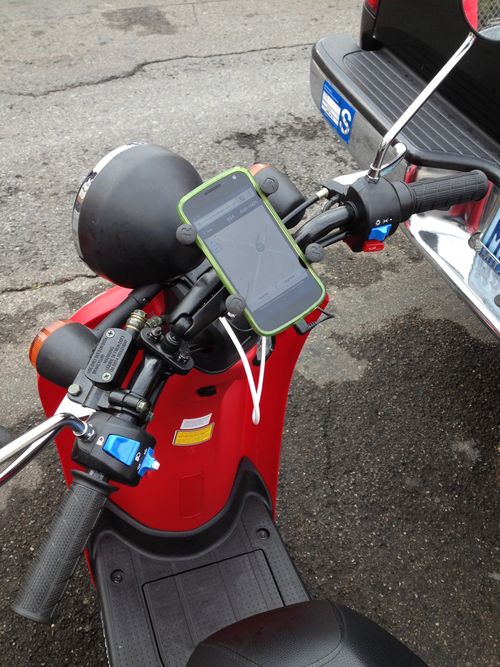 Then you can drive around from meeting to meeting, parking the bike on the street. 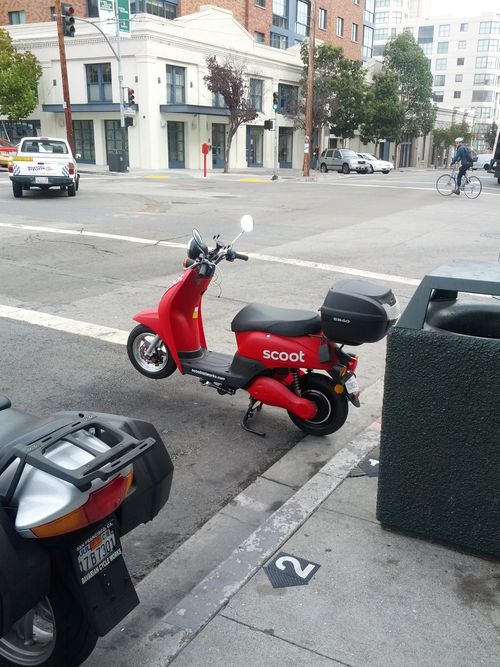 Scoot Networks is currently only operating in San Francisco, but they are planning a larger rollout in the future once they get San Francisco working well. If you like to ride a scooter and travel to SF frequently, I suggest you give it a try. I am really enjoying it.

Discuss on Twitter
View Discussions
#Blogging On The Road
May 27, 2012

In the last MBA Mondays post talking about company culture, I wrote:

It helps a lot to have a one pager that outlines the core values of the company. I just saw our portfolio company Twilio's version of that. They call it "Our 9 Things." I wish I could publish it here but I don't have permission from Jeff and so I will resist the urge. It has things like "think at scale" and "be frugal" on it. You get the idea I hope. This "guiding light" is a framework for the culture and values of the organization and each new hire should be assessed against the framework to make sure the fit is good.

Well it turns out that Twilio published their "9 things" on their website this week and so I can now publish them here. 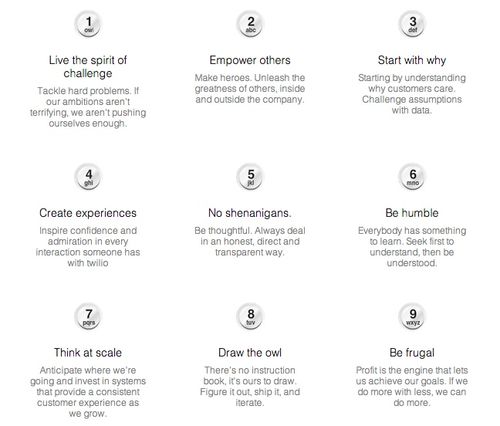 I like that they published them in the form of a telephone dialpad. For those that don't know Twilio makes telephony work easily in web and mobile apps. Putting the 9 things in this format makes a statement in itself about their culture.

These need not and should not be your company's values, although it is likely that you may share a number of these values with Twilio. The point is to articulate what your culture is about and put it front and center so that everyone knows what they are.

One of the most exciting areas of Internet applications these days are applications that are "mobile native". That doesn't just mean mobile first. It means mobile native – the app could not exist if the mobile smartphone didn't exist.

A great example of this is the "book a cab ride on your phone" category. The leader in this category is Uber which does a great job and really nailed the experience. I've also used SideCar in San Francisco and Hailo in London. All three are great experiences.

These services work so well because the cab driver and the passenger both have mobile phones that are geolocated. The application matches up driver and passenger in real time and handles payment as well. That's a killer experience.

When thinking about new mobile app categories, we like to think about these mobile native services. They are very powerful.

A Tale Of Two Cities

This post from Om Malik bears that observation out. Here is the money quote:

If you want to talk about capital efficient web servics, then there are two ideal places to start them, San Francisco and NYC. How about the valley? Well, there you apparently need to spend more money. The average Internet deal in SF and NYC was $3-4mm. In the Valley, it was over $8mm.

I'm pleased to see NYC getting the attention it deserves. NYC hasn't been a technology hotbed since Bell Labs left town in the 50s, but now in the age of Internet startups, it sure is.

Our portfolio HeyZap brings games and game play to places on the web you don’t usually find them. They are a fast growing company based in San Francisco. And they are looking to make a key business development hire.

Here’s a blurb from the job description:

You will be primarily in charge of identifying, initiating and building long-lasting relationships with some of the top online website publishers. You will play a pivotal role in marketing the Heyzap platform, growing our distribution network, and increasing our user base.  Heyzap works with Ning, Hi5, theChive, and a growing network of 290,000 websites serving millions of gameplays per month.

The job posting is here. If you live in the bay area, love games, and enjoy business development, you should give this job a lookover.