Social Software You Don't Have To Work To Use 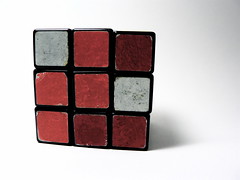 Well I did it today. I added Nicholas Carr to my feedreader and blogroll. I’ve decided he’s the sand in the oyster and he’s providing a valuable service to the web world with his contrarian bent.

He asked this question about social software the other day on his weblog:

Is social software a phenomenon or a passing fancy?

And then answered it as follows:

The reality seems
to lie somewhere in between, though considerably closer to fancy than
phenomenon.

The reason its a passing fancy?

The crux of the problem is that, in most cases, social software is an
extremely inefficient way for a person to get something done. The crowd
may enjoy the product of other people’s inputs, but for the rather
small group of individuals actually doing the work, it demands the
investment of a lot of time for very little personal gain. It’s a fun
diversion for a while – and then it turns into drudgery.

Well I don’t really agree with Nick on this comment as my blog has never been drudgery and I bet his isn’t either. But let’s take that comment as reality.

The best social software doesn’t require any effort or work as he calls it. Last.fm took me all of five minutes to install the agent and I am sharing all my music listens with the world without any incremental effort. It took me about the same amount of time to install the Attentiontrust Firefox Extension and now I am able to share all my search activity and clickstreams with the world without any incremental effort.

That’s where all of this is going. Social software at its best doesn’t require any incremental effort. We are just at the beginnings of all of this anyway, when the geeks and the hackers are doing it and nobody else is. But mark my word, social software is the future. I am sure of it.