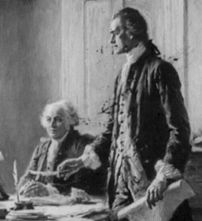 There are a host of reasons for why that is. To start, the business that the company is in is more often than not determined by the founder. And companies can move into different businesses over time, but most stay fairly rooted in the initial business that they started in. It’s also true that the culture of a company is defined early on and it’s hard to change it. Some companies are technology driven, some are product driven, others are marketing driven, and others are sales driven. That most often comes from the founder and it’s hard for a new leader to change that mindset. Another important reason that the founders often have the greatest impact on the DNA of a company is the entire initial management team is most often built by the founder. That initial selection of people is a critical determinant in the way companies evolve and behave and new management will always struggle to change the behaviors a company exhibits.

And it is also true of countries and nation states. I finished Steven Johnson’s The Invention of Air on the flight to Milan and the last chapter is about Joseph Priestley’s impact on Adams and Jefferson. From 1812 until their deaths on the same day in 1826, John Adams and Thomas Jefferson engaged in a continuous debate over the lessons of the American revolution via an exchange of letters back and forth. And central to that debate was the role of science and the explorations of “natural philosophy” in the core beliefs of the new nation. During Adams’ administration, there was a panic about spies and seditious behavior which resulted in the infamous Alien and Sedition acts. Priestley, the discoverer of oxygen and the father of modern chemistry who had moved to the US to escape his enemies in England, was among the people who were suspected of seditious acts. Adams ultimately protected Priestley from those who wanted him silenced but that didn’t spare Adams from Priestley’s attacks. Jefferson, on the other hand, was an ally of Priestley’s in the debate and when Jefferson followed Adams into the White House, Priestley went from an enemy of the state to one of its most celebrated members. And the meaning of that whole drama was debated by Adams and Jefferson to their very end.

The fact is the United States was founded by an amazing set of men that included Franklin and Jefferson, two of the greatest friends of science and innovation that have ever lived. And our country has benefited from that fact immensely. The DNA of the United States comes directly from our founding fathers; Franklin, Jefferson, Adams, Washington, and the rest of them. And their desire to make the big experiments, to push the envelope of what a nation could be is firmly implanted in our psyche a full 233 years after the Declaration of Independence.

Jefferson wrote to Priestley the following words shortly after he became President:

As the storm is now subsiding, and the horizon becoming serene, it is pleasant to consider the phenomenon with attention. We can no longer say there is nothing new under the sun. For this whole chapter in the history of man is new. The great extent of our Republic is new. Its sparse habitation is new. The mighty wave of public opinion which has rolled over it new. But the most pleasing novelty is, its so quietly subsiding over such an extent of surface to its true level again. The order and good sense displayed in this recovery from delusion, and in the momentous crisis which lately arose, really bespeak a strength of character in our nation which augurs well for the duration of our Republic, and I am much better satisfied now of its stability than I was before it was tried.

It’s hard for me to read those words, which were written about the alien and sedition acts and the ensuing crisis, without thinking about 9/11, our country’s reaction to 9/11, and the “recovery from delusion” that it appears we have now made in our election of Barack Obama. Now it’s very high praise (and not yet earned) to compare Obama to Jefferson, my favorite founding father and President, but I am also “much better satisfied of our nation’s stability” and I believe that our nation’s commitment to science, innovation, and what is “new” will pull us out of the serious mess we are in. It’s in our DNA and I am so thankful that it is.