I spent the second week of our kids' spring break (a week ago) mixing work and family time in Los Angeles. The Gotham Gal's brother and sister-in-law live in LA with two wonderful girls and I always enjoy our time with them. On this trip, in addition to some high quality family time, I got an education from the Gotham Gal's brother Jerry on the subject of earned media.

Earned media is media you don't buy but earn the hard way. PR is an example of earned media. Word of mouth is another. Earned media has been around forever. But it has now gotten a lot easier, thanks to the Internet and social media, to earn media for your brand, product, or self.

I have earned a fair bit of media over the past five years. Google Analytics tells me that 120,000 people have visited this blog in the past 30 days, 45,000 of them by typing in this blog's address directly, and another 60,000 of which came from a referring link. 25,000 people find this blog interesting enough to subscribe to it in RSS. And 17,500 people have chosen to follow my posts on Twitter.

That's a fair bit of media and I earn it every day by posting something thoughtful or thought provoking on this blog or twitter or tumblr or somewhere else on the web. If I stopped doing that, the media would slowly flow away from me to all of the rest of you who are earning media every day.

And I thought "genius".

See, KogiBBQ are two tacos trucks serving korean barbeque tacos throughout Los Angeles. They drive around and twitter their locations. They've got 13,500 people who are following them on Twitter. The picture on the right is the "Verde" truck at night outside one of the nightclubs they frequent on the late shift.

Not only does KobiBBQ twitter, they also have an amazing flickr stream, and a blog that will make your mouth water if you click on this link.

KogiBBQ is all about social media. After I twittered about kogibbq a few times while I was in LA, I got a tweet back suggesting I talk to Mike Prasad. So I did.

Mike told me that KogiBBQ was the creation of Mark Manguera and a team of food professionals who come out of some top restaurants. They were totally taken by the energy and quality of urban street food and had this idea for a taco truck selling korean barbque tacos. 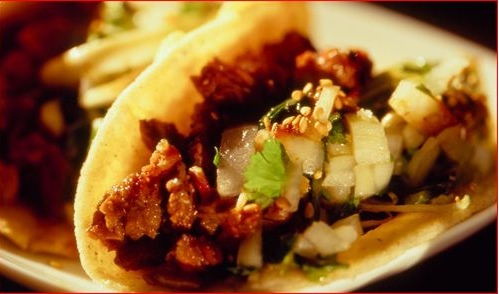 What they did not have was a way to get the word out quickly and build a brand. They found Mike and he explained social media to them and they loved it. The blog, the photos, the tweets, and mostly the tacos did the trick. KogiBBQ is such a big hit that they increase the revenues at the clubs they park outside of at night by more than 2x. And the lines are Shake Shack lengths. People often wait an hour or more for one of these tacos.

The point of telling you this story is that earned media is both powerful and free. But you must earn it. KoqiBBQ posts photos to flickr every day and tweets all day long. They reply to tweets as well. They are active in their "earned media".

This is one of several stories I plan to tell in my talk on earned media on tuesday morning. I plan to start building the talk tomorrow and I will, as usual, post it as soon as I've got it in draft form. I am sure you all will help me make it even better.