I have seasons tickets to the Knicks and I share seasons tickets to the Nets with my friend John. Managing these tickets is a bit of a pain. At the start of the season, I download the iCal files that both teams post on their websites and convert them into CSV files. I then convert them to Google Spreadsheets and then share them with a bunch of people. Then I take the games I can go to, and give away games to friends and family, and sell a few games here and there. John does the same on his “half” of the Nets tickets. The truth is John gets to go to a lot more Nets games than I do but I get to go to the ones that matter, with him in most cases.

This morning I logged into the Nets season ticket holder website, and sent two tickets to tonight’s Nets Thunder game to Alex. Neither John nor I can go so I gave these tickets away. This wasn’t too hard and it would have been even easier if I had done it on the Nets iPhone App.

Like many industries, the Internet and mobile has changed ticketing. These days you have your tickets on your phone, when you board a plane or enter a stadium, you just pull out your phone, they scan the QR code, and you walk through. Getting the ticket on the phone is pretty easy if you have the app installed. And, though I have not figured out how to use it yet, Apple’s Passport App seems like a secondary storage system for tickets for those who don’t want to have hundreds of ticket apps installed on their phones.

But as much as ticketing has changed, it still hasn’t reached the ideal state which in my mind is how Bitcoin works in my Coinbase app. The Coinbase app offers the following options: 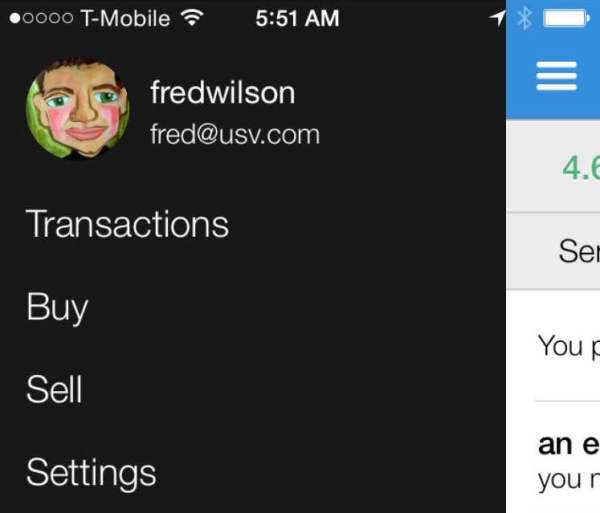 Bitcoin can be the transactional system that all of these tickets run on top of. You can “color a bitcoin” with anything, and a ticket would be an ideal thing to color a Bitcoin with. Coloring means you take a tiny amount of bitcoin, say one penny worth of Bitcoin, and you attach something to it, like Row 15, seat 9 to tonight’s Nets Thunder game. When that ticket is sent, bought, or sold, that penny worth of bitcoin clears in the blockchain and the transfer is recorded. This insures that there is only one valid ticket to that seat to tonight’s game out there in circulation. That’s pretty important and that’s what most ticketing systems spend a lot of time and effort insuring. You no longer have to build or buy that technology if you want to sell tickets. It’s free for anyone to use. It’s called the blockchain.