One of the things I admire most in companies and their leaders is tenacity. I don’t mean sticking with a failed idea for too long. That is a mistake I see a lot of entrepreneurs make in the Seed and Series A stages. That does nobody any good.

Every successful company I have been involved in has gone through periods where things didn’t work, where something important took too long (a re-architecture project, an important business deal, a fundraising process) and the doubts start to creep in. Employees start to lose faith, the media turns cruel (sometimes deservedly so), and you’ve got to hold it all together. “You” is the founder, CEO, and/or the leading investors and board members.

So now I’m going to tell some stories to make my point more real.

Yesterday our portfolio company SoundCloud announced that they had finally concluded a licensing deal with the music industry’s largest rights holder, Universal Music Group. In the TechCrunch story about that news Ingrid Lunden noted:

SoundCloud .. inked its first partners deal in August 2014 when it launched On SoundCloud. It announced its first big label deal only in November 2014, with Warner Music. An agreement with Merlin — which represents some 20,000 independent labels — came in June 2015.

Alex Ljung, the CEO of SoundCloud, said this in that TechCrunch piece:

if you look at SoundCloud generally it’s the first time someone has tried to do something of this scale. We have over 100 million tracks on the platform and play over 10 million artists in a given month. We are really trying to create a platform that embraces all kinds of creativity, something that never existed before. There is no off-the-shelf solution for licensing for this. We had to work with the whole music industry to create something that never existed before, and that takes a little bit of time.

A little time? Maybe a very long time would be more accurate.

For the past three years the narrative around SoundCloud has been that it was stuck in the mud, that remixes and other derivative content were getting taken down, that labels were forcing artists to take their content off the service. All of which was true, but the real narrative was that SoundCloud was going through a difficult and complicated process of developing a new business model for audio content in partnership with an existing industry that has done things a certain way for a long time. Through all of that period, however, SoundCloud’s user base and listening time grew larger and larger and during that period it became one of the top music apps in the world 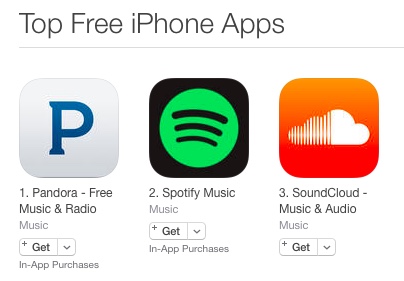 Through all of that period, which isn’t entirely over, the leadership of SoundCloud, Alex, his co-founder Eric, and the entire senior team stuck together, kept the business moving forward, built a strong management team, and kept the Board aligned and informed. I believe they have emerged much stronger for the experience.

Another story is Return Path, a company that I have worked with since 2000. Return Path’s founder and CEO Matt Blumberg has started, built, sold off, and built again a number of email services for the enterprise that has become a very large business. Matt has gotten the business profitable three or four times only to choose to incubate and build several new businesses and go back into the red. He has survived at least three of our near death experiences where the company was on fumes and it wasn’t clear how we were going to make it another month. Each time he pulled something off, often with the help of his Board and investors.

It was at Return Path where I learned the value of an engaged and aligned Board. Matt put together a real Board early on, with strong outside directors with operating experience, and he has always leveraged his Board to help him through the tough times. Matt has also built a strong culture inside Return Path which is often cited as one of the best places to work in corporate America.

The lesson from Return Path for me is you can survive the tough times and the near death experiences if you have a team that believes in each other and a Board that is equally engaged and aligned. I doubt Return Path would be around today without both of those things.

Another example is Foursquare. Maybe no USV portfolio company (with the exception of Twitter) has taken it on the chin more for being the “hot company that fell out of favor.” And yet sitting here today, Foursquare has built a very real business that is growing nicely and has a very bright future. They survived a move that almost killed the company (the app splitting decision almost two years ago that is still getting critiqued daily and will certainly be critiqued in this comment thread). Their financing processes have played out in the press with a transparency that few companies could tolerate.

And through all of this the founder Dennis Crowley and his team have taken the hits and kept moving forward. They have built technology for detecting locations that is state of the art. They have a location API that I believe is the most used location API in the business. They have kept improving and evolving the best localized mobile search experience and the most fun local social experience. And they have built a real business that is sustainable and has attractive economics.

You can say what you will about Foursquare, and don’t bother because it most certainly has already been said and not very nicely, but it has survived and is thriving. Very few understand that, but those close to the company do. Which is the hallmark of a tenacious and durable founder and leader and his or her company.

I’m almost done but before I wrap this longish post, I’d like to say something about the now public USV portfolio companies. I can’t and won’t talk specifically about their businesses because they are public and I don’t want to go there. I also own large positions in each and every one of them. Their stock prices are all, without exception, in the dumps. And yet I believe in each and every one of them and their leadership and their prospects. They are all led by tenacious leaders and teams who I believe will keep their heads down and execute and get through the negativity and second guessing that is coming at each and every one of them. I admire these companies more today than ever.

Building and operating a business is not easy. I believe it gets harder, not easier, as the years pile up. That is where tenacity and believing in yourself and your team and your business is required. The leaders who exhibit that have a special place in my heart and my head.