Internet treasures don’t die so easily and @SoundCloud is one of the most treasured parts of the Internet https://t.co/ciYyMwbVu1

I have spent much of the last four months working on this and was up most of the night last night finishing it, so I don’t have a lot of gas in the tank today.

But I do plan to write about all of this at some point, maybe soon, maybe not so soon.

It has been one of the most interesting and challenging projects I’ve worked on in my entire career.

And it could not have been for a better cause.

Our portfolio company Work Market announced today that they have acquired their competitor OnForce from its owner, The Adecco Group.

This combination makes Work Market the undisputed work automation leader in IT services sector, where both companies got their start.

For those who haven’t read my many posts on Work Market over the years, work automation software allows companies to automate and scale their agile workforce, from W2 employees, contractors, staffing firms, and freelance/1099 workers.

We think this is the future of work and Work Market is powering it for many enterprises, large and small.

Was This About Me?

I often get people asking if something I wrote was about them or their company.

I have a rule for myself.

There are times when I don’t want to name that person or company, but when something is about a someone or some company, I don’t hide that. I make it clear.

On the day I wrote the “Greed Isn’t Good” post, I got a lot of questions about who or what it was about.

As always a confluence of events and not just one thing

I do not send messages to people or companies via a post on my blog. If I want to tell someone something, I will do that privately.

AVC has been going on for almost 14 years now. I write every day, mostly about tech and investing in startups and observations about entrepreneurs and entrepreneurship.

WordPress says I have posted 7,622 times. That is more than once a day but that is because I used to post multiple times a day. Now I can barely find the time to write once a day.

Anyway, posting your thoughts and investment ideas every day creates a public record.

That can be bad when you are consistently wrong about something, like I have been about Apple since Steve Jobs left the company.

But all in all, I would not have it any other way.

A few days ago, Founder Playbook posted a timeline of my writing on Bitcoin and Blockchain, stating that “Since 2011, Fred has been bullish, yet critical, on the crypto market.”

I have been a believer in Bitcoin, Blockchain, and Crypto since 2011 and my confidence in this macro investment thesis gets stronger every day.

And I will continue to critique the sector, calling it out when I see things like greed, infighting, or other issues that get in the way of its collective success.

One could do a similar lookback on my roughly decade long obsession with social media that led me to blogging and ended around the time I fell for crypto.

I tend to get obsessed about one thing and write a lot about it. Which creates a public record. You can’t hide from that, but then again blogging is the opposite of hiding.

The famous Gordon Gekko line that “greed is good” is bandied about quite often to explain why capitalism, and the pursuit of riches, is a positive thing for the economy, society, and the world at large.

Greed is not good. There is a fine line between the profit motive and greed.

I am a firm believer in the profit motive. It drives many of us to work hard, make new things that can move the world forward, and better our lives and the lives of our children, and others, through philanthropy.

But when the profit motive is taken to excess and you enter into the territory of greed, things go bad quickly.

We have seen this in the tech sector in many places, we have seen it in wall street, in real estate, and elsewhere. And we certainly are seeing it crop up in the crypto sector as well, particularly recently.

I like the concept of checks and balances. It is important to make sure to stay on the right side of the line between what is reasonable and what is excessive. Surrounding yourself with the right people, who have been around this issue a lot, can help a lot.

There are a lot of temptations out there when a lot of money is sloshing around. It is good to resist them.

My friend David reached out to me and suggested that I share this podcast with the AVC crowd.

In it, he and the Gotham Gal talk about her career and the lessons she learned from it over the years.

Audio Of The Week: Recovering From Failure

In last week’s Positively Gotham Gal podcast, Christine Quinn, the former NYC mayoral front runner who got passed and beaten by Bill de Blasio, talks about dealing with failure and how to recover from it.

It is that time of year that most of us take a week off and go somewhere to rest and relax.

I am on the East End of Long Island. Where do you plan to go for your summer vacation? 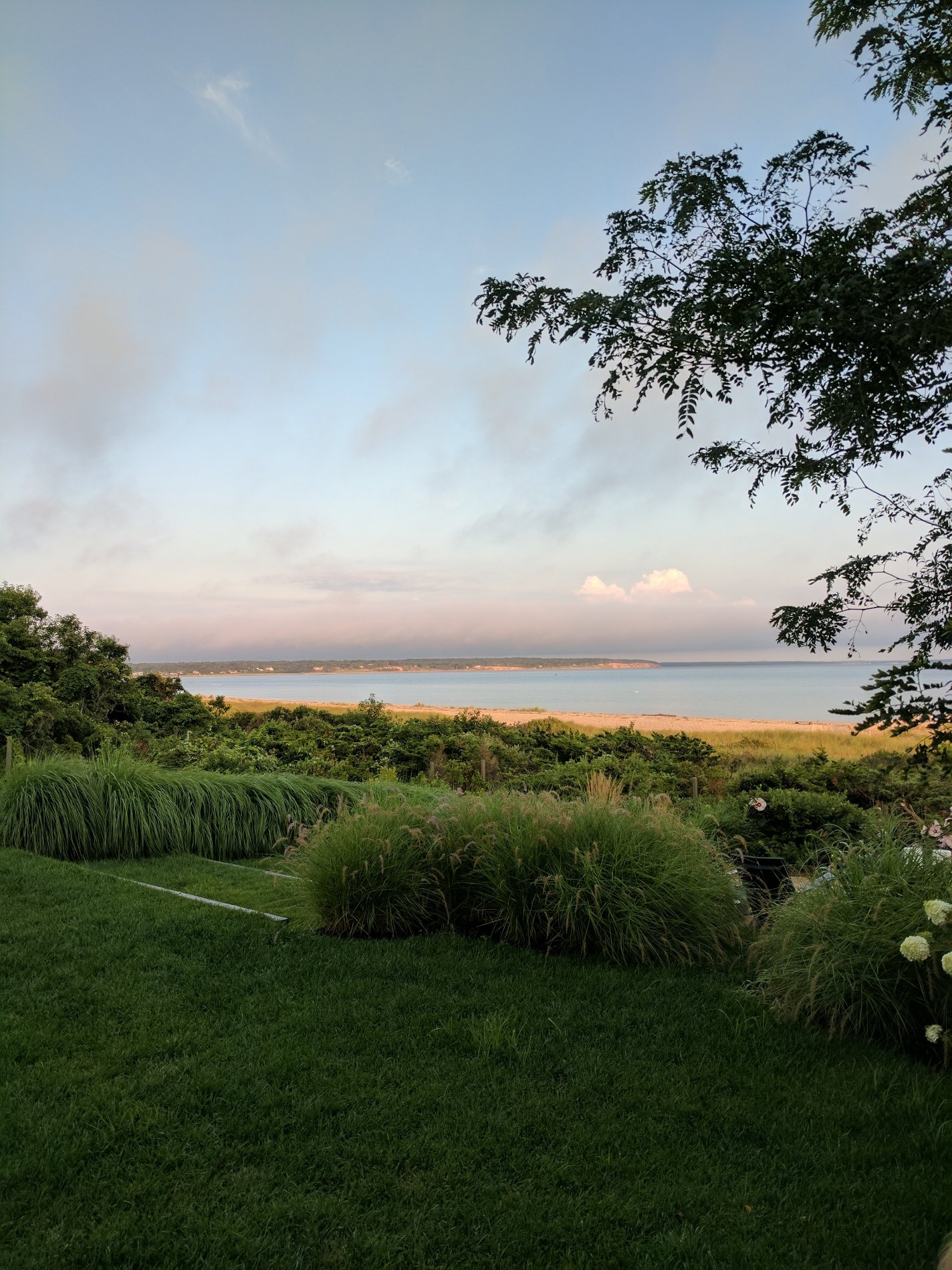 Discuss on Twitter
View Discussions
#Photo of the Day
Aug 3, 2017

A Range Not A Price

Entrepreneurs often struggle with how to signal their valuation expectations to investors.

Investors rightly want to know what the entrepreneur’s price expectations are before investing significant time on the opportunity.

So what I always recommend to the entrepreneurs we work with and, frankly, anyone who asks is to “give a range, not a price.”

Let’s say you are raising a Series A round and have an aspirational valuation in mind of $30mm pre-money, raising $6mm.

But you know that is an aggressive valuation and you may have to accept something materially less in order to get a deal done.

Then I would tell investors “we want to raise $4mm to $6mm and don’t want to dilute more than 20% including any increases to the pool.”

An investor could read that as you would accept $4mm at $16mm pre-money but you have signaled that $30mm post-money is where you are aiming.

And, because you said “don’t want to dilute more than 20%”, you have left some room for your aspirational valuation of $30mm pre-money in which $6mm would dilute the company roughly 17%.

Try this the next time you are asked for a valuation from an investor. It works well.

There is a lot of excitement about Bitcoin Cash. It became a thing yesterday and is up almost 100% in the last 24 hours according to Coin Market Cap.

It reminds me of the way hot IPOs trade. Snap went public at $17/sh, traded up to north of $24/share on it’s first day, and is currently trading at just under $13/sh.

I am not comparing BTC Cash to Snap. I am just saying that time will tell whether BTC Cash, or frankly any ICO, is going to be valuable long term.

But one thing is for sure, hard forks create something from nothing and we will see more of them as a result.