A friend asked me at breakfast this week “what gets you excited in crypto these days?”

If the second half of 2016 and all of 2017 was about raising capital to fund development efforts (and speculating on all of that), then it sure feels like 2018 is the year we start getting decentralized applications (Dapps) we can use.

Our portfolio company Blockstack offers a decentralized platform that developers can build Dapps on.

I have Blockstack’s web client running in Safari on my home desktop and here is a screenshot of some of the Dapps I can run in that environment: 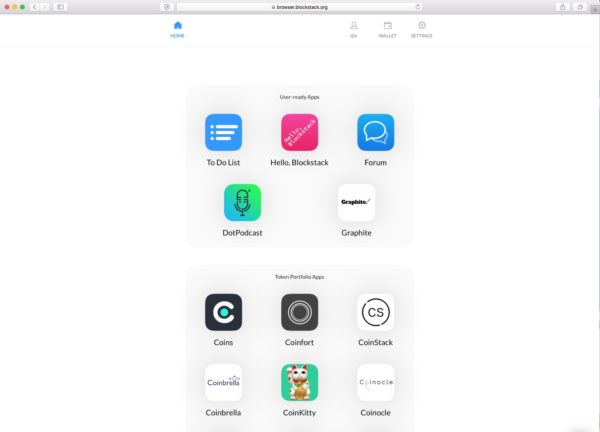 A cool thing about Blockstack is that identity is built into the platform so I am already a user and have a profile in every one of these Dapps because I have a Blockstack identity/profile.

Another ecosystem that is really taking off right now are Ethereum based Dapps.

I use our portfolio company Coinbase‘s Toshi Dapp Browser to access them. Toshi is available on both iOS and Android.

When you launch Toshi, you can put some ETH into it. Toshi has a user-controlled ETH wallet inside of the browser.

When I open the Toshi browser on my phone, I see a bunch of Dapps I can use: 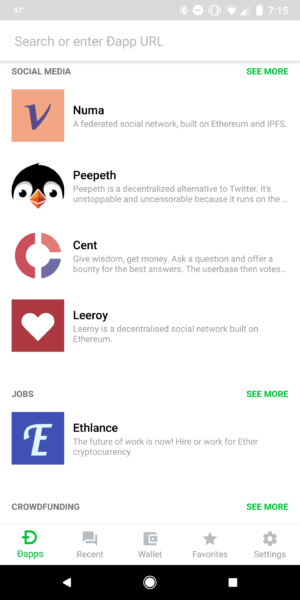 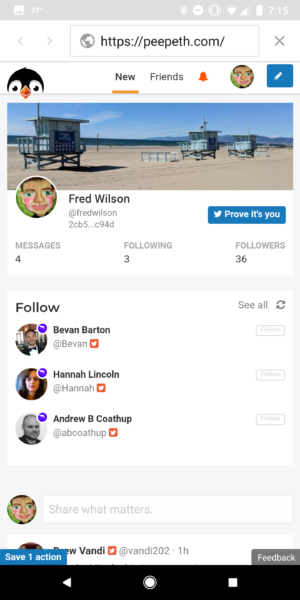 But there are hundreds of Ethereum Dapps you can discover and use inside of Toshi.

You do need some ETH to power these apps so if you want to play around with Ethereum Dapps, load up your Dapp browser with ETH before you go.

The bottom line for me is that we are finally seeing some useful decentralized applications being built for consumers on these blockchains.

Right as the market for capital raising and speculating on crypto cools off.

As it always is.