The AVC Community Is An Optimistic Bunch

The results of the poll we ran on Friday are interesting: 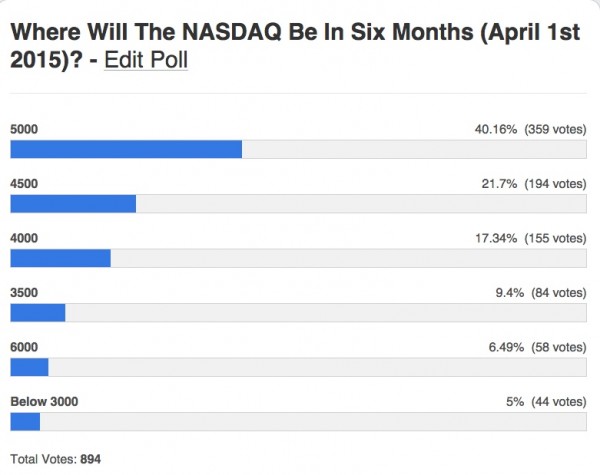 62% of AVC readers think the NASDAQ will be flat to up 10% in six months. That means continuing the steady march upwards that it has been on for six years.

6.5% of AVC readers think the NASDAQ will be up big (>30% in the next six months). That would be a blowout. Hard to imagine how that could happen but there are some among us who can.

I will say that I’m in the latter camp. I can’t recall if I voted for 4000 or 3500. I did not vote for below 3000. I hope I’m wrong to be honest. We’ve got plenty of assets that are in some way or form tied to the markets and I’d prefer not to see them go down. But I am mentally prepared for it.